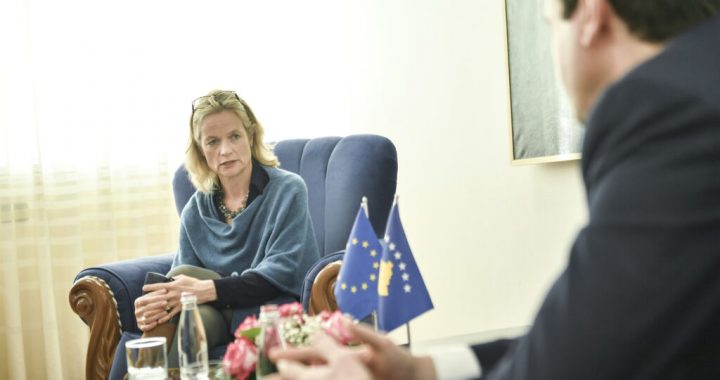 MEP and rapporteur for Kosovo in the European Parliament Viola von Cramon said on Friday that Kosovo Serb representatives refused to meet her on her visit.

Viola von Cramon on Friday said she had met Kosovo Prime Minister Albin Kurti and other officials but was not received either by Serbian representatives in the government or by the mayor of Serb-dominated North Mitrovica.

Concerning inter-ethnic violence, “as for attacks from one ethnicity or another, we have recently seen a lot of misinterpretations and false information so it is difficult to comment on them,” she told journalists.

“Often these situations are used to instrumentalize  other purposes or lead to some counterattack,” she stated.

Regarding visa liberalization by the EU for Kosovo, Cramon said that she was the biggest advocate of this happening, and stressed that the EU was four years late in delivering the process.

“I hope we will see the facilitation of this process opening after the elections in France, it is not entirely up to the European Parliament. We have confirmed that Kosovo has met the technical requirements, and we are four years late. I know most of the major [EU] states support this, but we need unanimous support,” she said.

Four years ago, the European Commission recommended the abolition of the visa regime for Kosovo. This was also voted for in the European Parliament, but the final decision has remained with the EU Council of Ministers.

Cramon did not state whether voting for the Serbian general elections due on April 3 should be allowed in Kosovo.

“For the [Serbian] elections, we have talked about this, and it is in the EU’s interest to find solutions for everyone. I cannot go into details, we want people to vote; for everything else, I cannot declare,” she said.

She also emphasized that Kosovo and Serbia should find solutions for the blockade of the Ibar bridge that divides the town of Mitrovica.

Von Cramon was also present at the session of the Kosovo parliament on March 3 when a resolution was passed condemning Russia’s aggression against Ukraine.