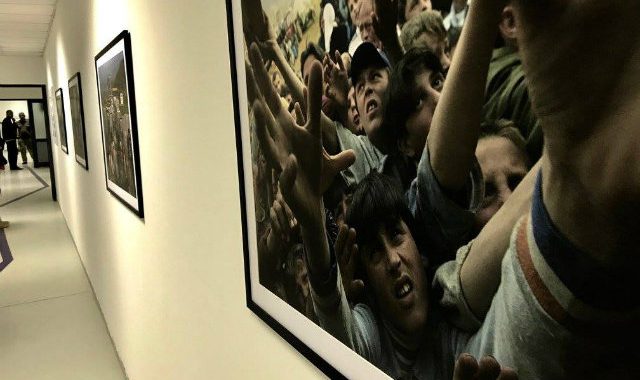 The shame of Kosovar society: No one talks about the victims

While most of the attention has focused on whether or not the law on the Specialist Chambers will be revoked, we’ve forgotten to talk about why this court is important - the victims.

While the entire political discourse is focused on conspiracy theories about the Specialist Chambers, the Kosovar public does not talk about the reason why this court was created: Kosovo’s failure to punish the criminals of the war and the post-war period, and to treat victims with dignity, regardless of their ethnicities.

Who will be sentenced? Who won’t? Who will be the witnesses? Where are the protected witnesses? Have the defense lawyers who will serve in the Specialist Chambers been accredited? Was the President of the Republic or the Speaker of the Assembly responsible for plotting a plan to suspend the Specialist Chambers? Or were both of them supported by the Prime Minister? Were the MPs misled when the signatures for an emergency Assembly session were collected? These are some of the questions that have preoccupied the Kosovar public and the media lately.

Meanwhile, the reason why this court was established was entirely ignored. The reason is this: Kosovo’s failure to punish the criminals. First of all, the court was created for the victims, since observers, investigators, and prosecutors, in cooperation with international authorities, have collected enough evidence to prove that in Kosovo — beside the incomparable crimes committed by the aggressor from Belgrade — crimes were also committed by some members of the Kosovo Liberation Army, KLA.

For a long time there were whispers in Kosovo regarding these crimes, albeit only in private circles. Fear of threats and other harsher consequences kept people (especially witnesses) quiet, and they remained silent for a long time. In the last couple of years, various media reported occasionally on this dark chapter, but that was the end of it.

Instead of being praised for their bravery, witnesses were seen as traitors. Victims were mainly ignored. Because to pay attention to the victims means to bring the suspects to justice. Sometimes the suspects might be individuals with a lot of power, which they could have had before and after Kosovo’s liberation, and who even contributed to the country’s freedom. Therefore, many journalists or activists from Kosovo’s civil society prefer to stay quiet. Perhaps they think something along these lines: ‘It was a liberation war, consequently crimes could not have been committed, but if any crimes did happen, then the perpetrators must have had good reason to kill someone, say a Roma or a Serb, because they served the Belgrade regime.’

Most of the cases, in fact, involve civilians who were jailed, tortured, and killed. It is now a known fact that the KLA had torture prisons (which some, euphemistically, call ‘detention centers’). Some of these ‘centers’ were located in Kosovo, and others in Albania. Serbian media published a lot of slander regarding these jails, but BBC, for example, did not. In addition to missing persons form the minority communities (it is believed that there are around 500 of them), Albanians were also murdered — in most cases because they were political rivals or critics of some of KLA’s actions.

For almost 20 years, Kosovar society coexisted with individuals suspected of these crimes, and a considerable number of the suspects also led political careers, became lawmakers, or were nominated to high executive positions. And after almost 20 years, there are people — the self-named patriots — who say: ‘the Specialist Court tarnishes the liberation war.’ And where have these people, these scribblers, been since 1999? Now, all of the sudden, some of them demand that suspects of war crimes be tried in Kosovo. When the process of establishing the Specialist Court moved forward, and now that its dissolution seems impossible, suddenly ‘the digital patriots’ get involved in discussing what judicial approach we should have to war crimes. This can only be called what it is: hypocrisy.

Dealing with the past implies the right to the truth, the right to justice, the right to reparations, and a guarantee that the crimes will not be repeated. Simultaneously, we should establish a culture of remembering, and this would prevent politicians from manipulating the public memory.

Two decades passed before Kosovo began to confront its past. We pay the price today. It is history’s bitter irony is that as the tenth anniversary of the declaration of independence approaches, the majority of the leaders will be talking like robots about “Kosovo’s successes,” while their mind is going to be elsewhere. In the past, but also in the last ten years of Kosovo’s difficult independence, the country has deserved different leaders: leaders without anxieties over their personal fate and proud of their actions, who would show the world that Kosovo’s independence is among the great successes of the Western world in the 20th century, in the same line as the fall of the Berlin Wall, the fall of communist regimes in Eastern Europe, the triumph of democracy, and coming together in the EU and NATO.