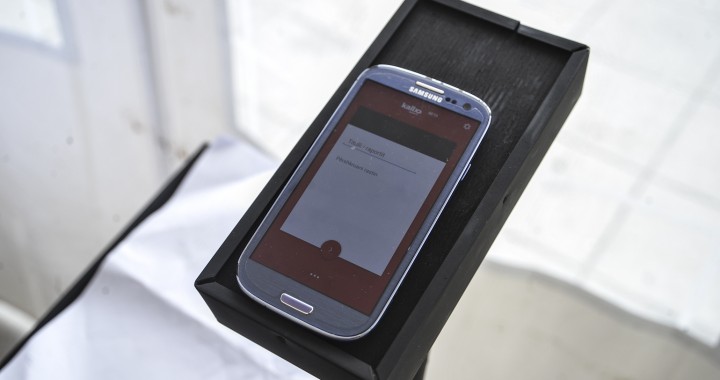 Kallxo is about to launch new smartphone app, making it possible for Kosovo citizens to report injustice “as soon as they see it,” says UNDP Kosovo head Andrew Russell.

Smartphones are not only meant for taking selfies, playing games, watching videos while travelling or killing time on social networking sites.

They were also created a tools for creating and facilitating social activism, including around the fight against corruption.

Technological advancements and smartphones are a great opportunity for reporting corruption and Kallxo.com is one of these platforms, declared United Nations Development Program, UNDP, Kosovo Chief Andrew Russell.

Russell, attended the opening of the Museum of Corruption in Prizren and discussed Kallxo’s newest mobile app for reporting corruption, which is also being promoted this week at the Museum.

“We work together with Kallxo and other partners to fight corruption. We believe that civil society and citizens have an important social role in shrinking corruption in Kosovo,” he said while standing in front of the temporary tent placed next to the Lumbardhi river in Prizren during Dokufest festival.

Corruption is a threat everywhere in the world and that is why UNDP collaborates with the civil society to fight it, explained Russell.

Kallxo.com, an Albanian language anti-corruption platform that enables Kosovar citizens to report corruption cases online, by phone, and in person is about to launch a smartphone app available for iOS and Android. The app allows citizens to report instantaneously. Kallxo associates will be introducing the new app to Museum visitors throughout the whole week.

“With a smartphone you can report corruption as soon as you see it. Technology can create risks and opportunities,” said Russell on Monday evening.

If corruption was a thing of the past

With the new app, citizens will be able to issue complaints if they were unfairly treated by local or central institutions. Kallxo deals with the complaints as soon as they are received.

When asked whether citizens are more aware and whether they report this phenomenon more frequently, Russell says that online platforms contribute to raising awareness.

“I think that there is a lot of change happening and it is getting better for Kallxo,” said Russell.

The Museum is open from noon to 8 pm every day until the end of the week, when the international documentary film festival Dokufest ends.