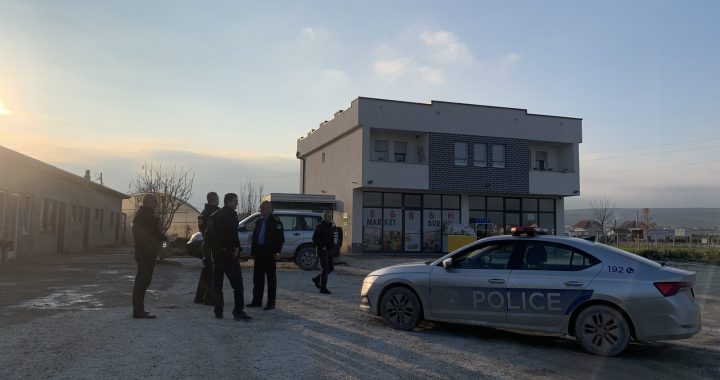 The man suspected of shooting dead his pregnant wife on Wednesday outside Pristina’s Gynecology Clinic committed suicide on Friday while police were negotiating his surrender.

Kosovo Police on Friday announced that suspected murderer of a pregnant woman outside a Pristins hospital had committed suicide.

Minutes after the femicide victim, Hamide Magashi, was laid to rest on Friday afternoon in the village of Llugaxhi, some 22 kilometers east of the capital, Pristina, her ex-husband, Sokol Halili, committed suicide in the family home in the village of Davidoc, while police were trying to negotiate his surrender.

Magashi was shot dead on Wednesday evening in the courtyard of Pristina’s Gynecology Clinic where she was waiting to give birth the next day. The baby also died as a result of the shooting.

The woman is suspected to have been shot three times; police identified three bullet casings at the crime scene.

“After the intense work of all police units, we reached the location of the killer Sokol Halili. Despite the attempt of police officers to negotiate his surrender, the perpetrator killed himself,” Xhelal Svecla, Minister of Interior, confirmed.

“Kosovo Police and the Police Inspectorate will continue their investigations to discover all circumstances of the murder of pregnant woman and the suicide of perpetrator,” Svecla added.

The murder, which shocked Kosovo, was followed by a protest in Pristina on Thursday by human rights organisations, where some protesters lit a fire on the lawn near the government building. They called on the prosecution to treat the murder of women “as a national emergency”.

One protester was arrested and put in custody for 48 hours and is waiting her appearance before the court.

On Friday, Prime Minister Albin Kurti said that “all of the institutional chain of irresponsibility should resign”.

The day before, he announced that authorities were inspecting the work of police officers, including their implementation of a protection order issued for the victim, the work of officers of the Social Work Centre and the work of doctors in Clinic of Gynecology, where the victim was due to give birth.

The woman was known to the authorities. In early August, an indictment of intimidation against the ex-husband was filed at the Ferizaj/Urosevac court.

The same court issued a protection order against the man, which prohibited him from getting close to the now victim. It was in force at the moment of the murder.

In July, the woman had reported him to the police in Ferizaj/Urosevac for domestic violence. The regional director of police in Ferizaj/Urosevac, Basri Shabani, told BIRN on Thursday: “We had a case of domestic violence reported … We handled the case and the matter was sent to the prosecutor’s office. The victim did not agree to go to a shelter and of her own accord was sent to her family in another municipality”.

This was the second femicide in Kosovo within five days. A 70-year-old man murdered his 63-year-old wife, an elementary school teacher, in Pristina on November 25.