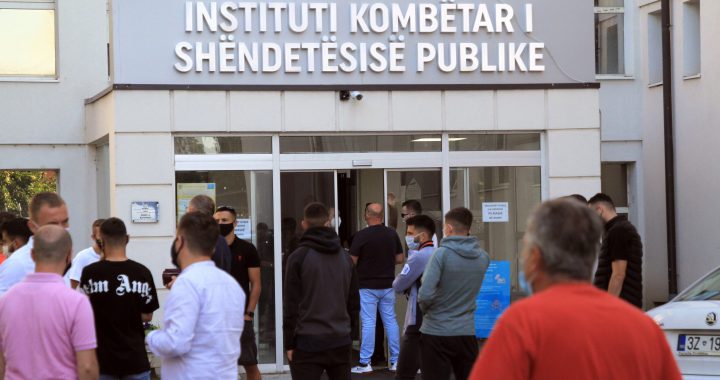 According to data obtained by BIRN, an average of around 130 PCR tests for coronavirus have been conducted in private laboratories per day since being licensed by the government, although overall testing capacity has barely increased.

BIRN has obtained data from the Kosovo Competition Authority which indicates that an average of roughly 130 PCR tests have been conducted in private laboratories per day since institutions were licensed by the Kosovo Government in early August.

On August 8, the Ministry of Health licensed two institutions, one in Prishtina and one in Lipjan, to provide PCR tests, which identify whether the coronavirus SARS-CoV-2 is currently active within the body.

According to the Competition Authority, 1,361 tests have been performed at the Medical & Laboratory Services polyclinic, the licensed laboratory in Prishtina. A total of four laboratories have been licensed to provide PCR testing, but two have not yet begun testing.

BIRN has made numerous attempts to secure data on the number of PCR tests conducted in private laboratories, which cost a minimum of 60 euros.

Responding to BIRN on Monday, Minister Zemaj stated that the goal of conducting over 3,000 tests daily was probably no longer required, but quickly achievable if necessary.

“We are doing well in terms of equipment and the number of tests, and I believe that even regarding the figures you mentioned, we will probably not need it, but if we did need it, we can get there very quickly, i.e. within a week.”

Zemaj noted that the ministry’s action plan to expand testing capacities began being implemented on July 28, but that the first month was taken up with legal procedures.

The minister added that three new testing devices had been installed on Sunday, but that they require certification before they can be utilised.

“Two new PCR devices were installed at the National Institute of Public Health and one was installed in Gracanica, which means we can triple the number of tests,” he told BIRN. “However, to start this we need the certification of these devices, but within three or four days the increase of these capacities will start.”