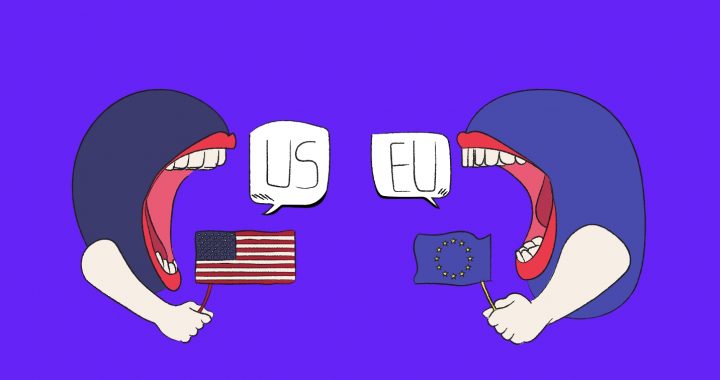 There is only one Kosovo-Serbia dialogue

President Thaci can not choose who mediates the Kosovo-Serbia dialogue, and anti-EU rhetoric will only damage Kosovo in the long run.

In an unprecedented move, Kosovo President Hashim Thaci stated on Tuesday that he “had no will to participate” in negotiations led by Miroslav Lajcak, the EU’s Special Envoy for the Kosovo-Serbia dialogue and other Western Balkans issues who was appointed on 3 April this year.

Thaci has been consistently pushing for a US-led dialogue throughout 2020, and US re-engagement in the process – as well as its public discord with the EU – has pushed many to believe that there are potentially two separate dialogues: one initiated by the EU, and a second theoretical dialogue led by the US.

The notion that the dialogue had been cleft into two separate processes was reinforced earlier this year after the unveiling of what were described as a series of ‘transport agreements’ between Kosovo and Serbia signed under US mediation. However, these so-called agreements were subsequently revealed to be little more than ‘letters of interest.’

While US assistance in the dialogue is welcome, there is only one official Kosovo-Serbia dialogue, the one that has been facilitated by the EU in Brussels over the course of the last decade.

The EU was selected as mediator as the future of both states was seen to lie within the Union following a normalisation of relations. In this context, the president’s recent statement dismissing the EU’s representative is both undiplomatic and immature.

Thaci has been the main protagonist of the dialogue since the Brussels negotiations were launched in 2011. When the dialogue first began, Thaci optimistically described the beginning of negotiations as a “new chapter for Kosovo.”

He participated in the negotiations as a prime minister and later as a foreign minister, until he took office as president in April 2016. Regardless of his official position, Thaci and his counterpart, Aleksandar Vucic, have been the co-stars of the dialogue.

However, according to the Kosovo Constitutional Court decision of June 2019, the Kosovo-Serbia dialogue is to be led by the prime minister and overseen by the Kosovo Assembly, the Court noting that “powers to reach an international agreement cannot be transferred.” As such, Thaci does not have the competence to conclude negotiations in Brussels as president.

His unprecedented comments regarding Lajcak could be seen as an attempt to hijack negotiations and take advantage of the current fragility of the EU-US transatlantic alliance by discrediting the EU. He is sending signals that he wants to continue to be the shining star, and sending a warning to anyone messing with the status quo.

However, discrediting the EU could have far reaching consequences. The EU is by far the biggest financial contributor in Kosovo and has been helping Kosovo consistently to improve the quality of its institutions on almost all fronts.

As recently as March, the EU provided a donation of around €70 million to Kosovo to deal with the consequences of COVID-19, compared to the $500,000 donated by the US.

With this in mind, a deterioration of Kosovo-EU relations may be disastrous for Kosovo, which depends on help and assistance from its European allies. While it is true that the EU has not been able to forge a final deal between Kosovo and Serbia, Kosovo still aims to join the EU in the foreseeable future.

Thaci’s main argument against EU involvement in the dialogue is the identity of those currently representing the Union in foreign affairs, but the president is in no position to pick which EU diplomat he wants to meet or engage in negotiations with. Despite being Slovak, Lajcak represents the position of all EU member states, and not only his country of origin, as reiterated by German Ambassador to Kosovo, Christian Heldt.

“Mr Lajcak does not represent Slovakia, but the EU with its 27 member states, 450 million inhabitants, and the biggest economic zone of the world,” Heldt told BIRN. “As Ambassador of a member state proudly belonging to this family, I can say Mr Lajcak enjoys the full trust of my government for his new task, where he will also be representing Germany as a member state.”

Thaci is directly damaging Kosovo’s position in international affairs by picking sides between Kosovo’s allies. Kosovo needs all the help it can get and refusing to meet with Lajcak only serves the interest of his own personal agenda, rather than the interests of the country.

The president has a history of bombastic and highly controversial statements giving the negotiations a sense of emergency. Last year, he stated that Kosovo must use the current momentum to finalise negotiations, otherwise Kosovo will become like Northern Cyprus or Palestine.

The president’s preoccupation with political opportunism has made him forget his key constitutional obligation: to represent the unity of the people. Instead of having a president that defends the legitimacy of the country, Kosovo has one that publicly questions it and compares its statehood to that of highly contested territories.

Thaci’s political statements have crossed a line. He must not misuse his position occupying one of the country’s highest public offices for his own personal political manoeuvres. The consequences could cause Kosovo irrevocable damage.