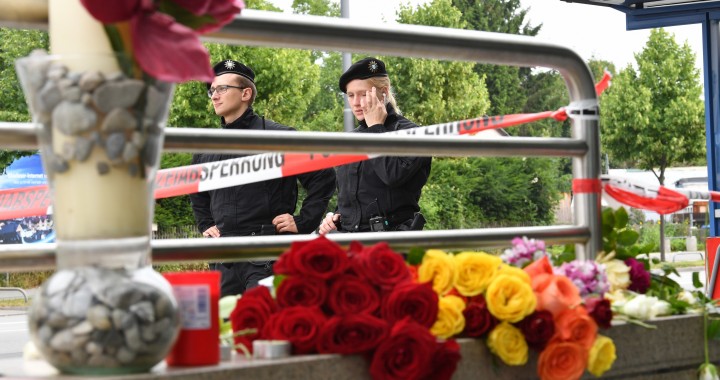 Two young women and a man originally from Kosovo were amidst at least nine victims of an attack in the German city on Friday.

A lone gunman of German-Iranian descent killed at least nine and wounded 21 people in a shopping mall on Friday afternoon in the Bavarian city of Munich, German media report. The 18-year old killed himself soon after outside the center. The police has not yet found evidence that might clarify the attacker’s motive.

Three Kosovo citizens were amongst the victims. This was confirmed by Kosovo’s Ministry of Foreign Affairs in a statement released on Saturday.

“Our consulate in liaison with the German police and the family members has confirmed this morning that three young Albanians lost their lives in the last night’s attack in the shopping center in Munich. Shocked by the terrorist attack, the MFA expresses its deepest condolences to the family members and stands by them in these difficult times for them and the Albanian community all over the world” says the statement.

One of the three victims is Dijamant Zabergja, a 21-year-old from the town of Vushtrri in northern Kosovo. The news of his death was confirmed by his uncle for BIRN.

The second victim is Armela Segashi, a 14-year-old, whose brother confirmed her death on Facebook. Segashi is suspected to have died along with her friend Sabina Sulaj, Reuters reports.

Kosovo’s Foreign Minister Enver Hoxhaj took to Facebook to express his shock and horror at the loss of young lives in Munich.

“I have no words for the loss of the Kosovo youth in the last night’s terrorist attack in Munich. A barbarian act that chooses no age or ethnicity. I stand by the families in these painful moments,” wrote Hoxhaj.

The attack in Munich comes less than 10 days after the attack in Nice on Bastille day, during which a lone attacker killed 84 people and wounded many more in the city’s main promenade. ISIS claimed responsibility for the attack.