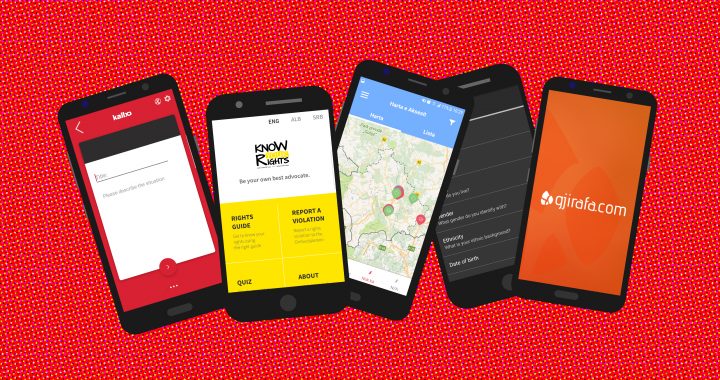 Useful apps to have in Kosovo

Browse through Kosovo laws, select your seat at the cinema, and check local bus routes, all with a tap on your touch screen.

Incessant tapping on phone screens has changed how people in Kosovo go about their everyday lives: cabs and pizzas are more or less accessible through the ubiquitous Viber, the first messaging app to recognize Kosovo’s area code, and push notifications and apps by news outlets keep people well-read on current affairs. With smartphones tucked down in most people’s pockets—Kosovo has one of the highest internet penetration rates in the region—local app developers have seized the opportunity to even further facilitate daily errands.

Prishtina Bus Stops is essential for untangling the yarn that is public transportation in Prishtina. While simple maps can be helpful to get a grasp of where the 14 bus lines in the city move, they can also cause confusion, as maps may omit a lot of information by virtue of not being interactive.

An unofficial app developed by an individual, Prishtina Bus Stops allows you to check separate bus lines and navigate through most bus stops in Prishtina on an interactive map. Tapping a bus stop allows you to see what buses pass through, and selecting a line from the dropdown menu shows you the price, frequency and departure/arrival spots.

Additionally, the app called Trafiku Urban (Android and iOS) developed by Appbites through the municipality of Prishtina allows you to see the real-time location of buses on lines 1, 3, and 4, as well as the bus stops they pass through.

If you decide to drop public transport like a hot potato, Taxi ne Kosove might help you get to the journey’s end. Created by PRISHTINA Developers, the app provides a relatively comprehensive list of taxi company numbers from all around Kosovo. After choosing the city, you can either make a phone call or hail the cab through Viber, be it for reaching your favorite qebaptore in Prizren, the nature surrounding Peja, or anywhere in between.

Although Prishtina’s roads may be mostly safe for wandering, like in other societies, sexual harassment in urban spaces remains a serious problem in Kosovo. Walk Freely (Ec Shlire, only on Android) by Open Data Kosovo allows you to make an anonymous and detailed sexual harassment report and offers a map where all reports are visualized.

The app also lets you see a heat map where most cases of harassment are reported, and it has the option of filtering reports by type, perpetrator, location and date. Furthermore, the app has an analytics page that shows charts of the types of sexual harassment recorded by the app. So far, the data collected shows that the most common perpetrators are strangers (61.2 per cent), and the most common type of harassment is verbal (29.6 per cent).

Qasja per PAK (Android and iOS), developed by APPSIX, aims to provide accessibility information for disabled people in Kosovo. The simple application shows a map with spots either marked as “accessible,” “partially accessible,” or “inaccessible,” mostly in urban spaces. The bulk of the entries are found in Prishtina.

Know Your Rights by Innovations Lab Kosovo is a compendium of information regarding youth rights in Kosovo and where to channel complaints. The detailed guidelines range from health care, justice, and school to work, family, and community. Apart from listing information on the rights that Kosovo citizens have under the country’s legislation, the app also allows you to confidentially report a violation directly to the Ombudsperson, which is an administrator of the platform. The app is available in Albanian, Serbian and English.

Similarly to the previous app, Gazeta Zyrtare – RKS (Android and iOS), supported by the United States Agency for International Development, USAID, is a slick app that allows you to browse Kosovo’s official gazette in Albanian, Serbian, Turkish and English. All published decrees, laws, notices and documents from central, local and legislative institutions can be searched and perused from the app. Additionally, you can choose to receive notifications for new publications and save items you want to check later.

If you’re willing to change your movie-watching frame from the laptop to the big screen, the Kino ABC and Cineplexx Kosovo (iOS) apps show information on the slate of films currently available in the respective cinemas. The latter also allows you to book film tickets and choose the seat that will replace your corner of the couch.

As online buying and selling are becoming more widespread, it is worth considering a few useful local apps that are only available in Albanian. MerrJep Kosove (Android and iOS) is the mobile extension for the much-frequented digital marketplace in the country, through which you can buy and sell vehicles and electronic devices, search for jobs, and rent apartments.

Having a similar function but much broader in scope, Gjirafa’s mobile app (Android and iOS) also offers a search engine, news feed, weather forecast and video streaming services. Perhaps the most useful immediate purpose it serves is that it gives relatively accurate schedules for buses that travel between cities in Kosovo and places in neighboring countries.

Kallxo (Android and iOS) is an app by Internews Kosova and BIRN that allows citizens to report instances of corruption, official misconduct, and other injustices. The reports are then investigated by BIRN Kosovo journalists. The platform, which has been available on the web since 2012, received its mobile extension in 2016. Apart from reporting, the app also allows you to browse through Kallxo.com’s media content, such as news, investigations, and Krypometer, a fact checking platform.