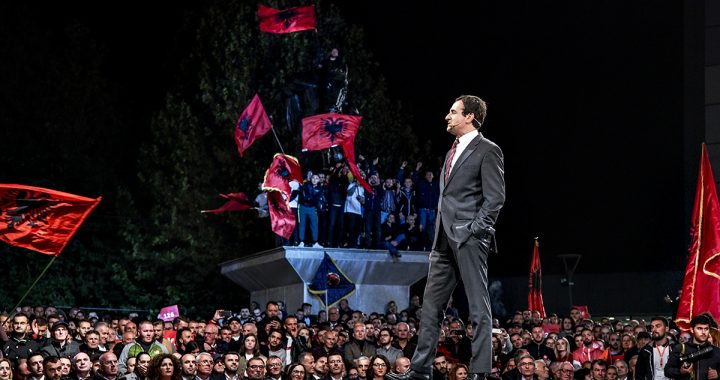 Vetevendosje has sent a proposal nominating Albin Kurti as the next prime minister of Kosovo to President Hashim Thaci, setting a 15-day deadline for Kurti to present his government to the Kosovo Assembly for approval.

A letter sent to Kosovo President Hashim Thaci from Vetevendosje’s general secretary, Vlora Haxhimehmedi, has confirmed party leader Albin Kurti as Vetevendosje’s nomination for the position of prime minister. By the Kosovo Constitution, Kurti now has 15 days to present his cabinet before the Kosovo Assembly, who must be approved by a majority vote in order to be elected.

Vetevendosje as the most voted party at the October 6 elections have the first right to nominate Kosovo’s next prime minister, but have consistently delayed doing so due to the late certification of results and a break down in coalition talks with second placed party, the Democratic League of Kosovo, LDK.