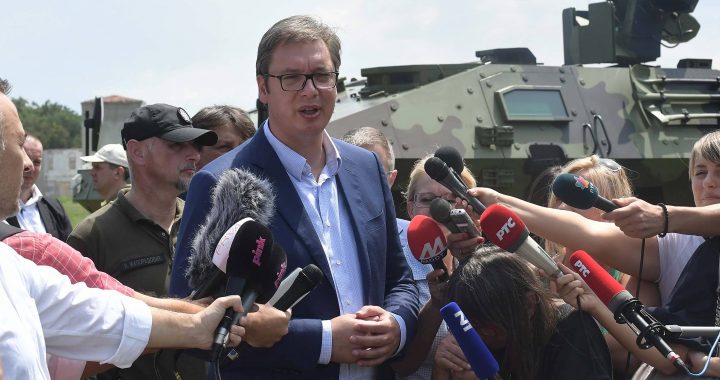 Serbian President Aleksandar Vucic claimed that Prishtina will not fulfill its obligation to establish an association of mostly-Serb municipalities, and promised Belgrade will protect Kosovo Serbs if they are threatened.

President Vucic claimed on Friday in an open letter to Kosovo Serbs that Prishtina will “not lift a finger” to establish the promised Association of Serb Majority Municipalities in Kosovo as agreed in the EU-mediated Belgrade-Pristina talks on normalizing relations.

Amid heightened tensions between Belgrade and Prishtina in recent days, Vucic also said that Serbia would “protect” Kosovo Serbs and will not stand for “organized violence” against them.

“Today Serbia is ready to fulfill its obligation to you and protect your lives and your peace, if necessary,” Vucic said in the letter.

The Serbian president also demanded that NATO’s Kosovo force KFOR protect the Gazivode hydropower plant and other facilities in Kosovo run by Serbs.

Earlier on Friday, Vucic called an urgent meeting of the National Security Council on Saturday over allegations that Kosovo authorities might try to take control over the Gazivode hydropower plant.

Saturday is also the deadline by which Pristina is meant to finish the first draft of the statue for the Association of Serb Majority Municipalities.