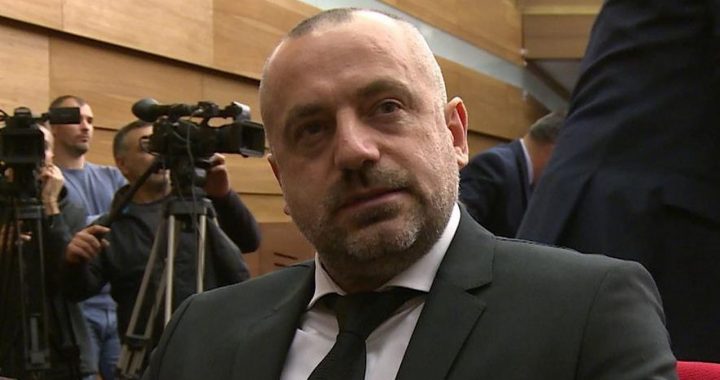 Wanted Serb Businessman ‘Must Be Arrested’ If Return to Kosovo Confirmed

An arrest warrant for powerful Kosovo Serb businessman and politician Milan Radoicic is still valid and he should be detained if he has returned to Kosovo as media have reported, a prosecutor said.

Powerful Belgrade-backed businessman and politician, Milan Radoicic, must be arrested if he is in Kosovo as Serbian media have reported, Rasim Maloku from the Ferizaj/Urosevac Basic Prosecution told BIRN on Wednesday.

In February 2022, Radoicic escaped to Serbia after being been stopped at a border crossing point.

Maloku told BIRN at the time that Radoicic is a suspect in a case he was investigating about illegal construction work in Kosovo’s Brezovica winter resort, a case in which several people, including the ex-mayor of Shterpce/Strpce, have been arrested for suspected corruption.

Serbian tabloid Alo published a video of Radoicic on Tuesday, claiming that he had returned to the Serb-majority north of Kosovo. Serbian-language media outlet Kosovo Online reported that the video was shot in the municipality of Leposavic in the north of Kosovo.

“The real terror against our Serbian people is just beginning. To my people in the north [of Kosovo], and to all Serbs, let me just say – and to the others – I’m here, I’m back, and you know what that means, because there’s no going back from here. Long live Serbia,” Radoicic said on the video.

Prosecutor Maloku said on Wednesday that “due to the arrest warrant, he [Radoicic] should be arrested on first sight.

“It is problematic now to talk about whether or not he has been [in Kosovo], because it is not verified. It could also be an old video [of Radoicic in Kosovo] or a video taken in recent days, but it nonetheless should be verified and the law enforcement authorities are the ones that do the verification,” he added.

Kosovo police officers told BIRN, on condition of anonymity, that they are verifying whether Radoicic has entered Kosovo or if the video is fake.

Speaking to journalists in Ivanjica in western Serbia,on Wednesday, Serbian President Aleksandar Vucic rhetorically asked: “Where should Milan Radoicic, who is from Kosovo, be?”

Vucic added that Radoicic’s whereabouts are “his private matter, which has nothing to do with the state, nor has it had, nor will it have”.

Maloku said however that “if it is confirmed that [Radoicic] entered Kosovo via illegal routes, a case for crossing the border illegally should be initiated against him.

“If he entered officially, but I am telling you he didn’t, he would have been arrested,” he added.

In March last year, a Pristina Basic Court judge confirmed that an earlier arrest warrant for Radoicic, over his alleged involvement in the murder of Kosovo Serb politician Oliver Ivanovic, had been withdrawn.

Radoicic denied wrongdoing. Officials from Serbia, including President Vucic, have defended Radoicic against the accusations.