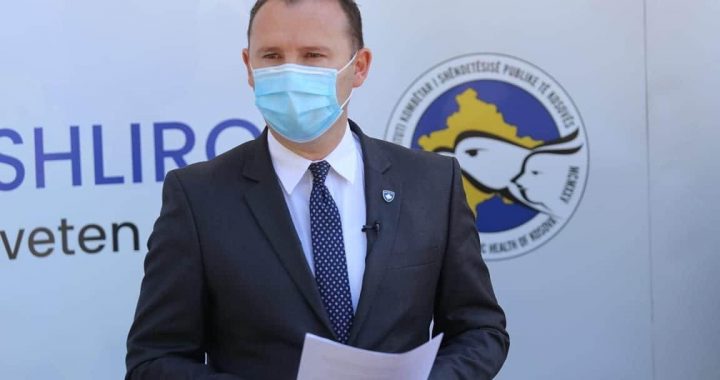 Health minister Armend Zemaj has cancelled his ministry’s decision to repeal a regulation controlling the price of pharmaceutical products following an outcry from pharmacists and civil society organisations.

After a meeting with representatives from Kosovo’s pharmaceutical industry on Wednesday, Minister of Health Armend Zemaj has annulled the ministry’s decision to repeal a regulation that determines the price of medicinal products in the private sector.

The regulation was repealed 24 hours earlier on Tuesday, when the Ministry of Health claimed that its abrogation would pave the way for the pricing of medicine to be put back on a “legal track,” ensuring “public interest” becomes the driving focus of regulation of the pharmaceutical sector.

The ministry alleged that conflicts of interest had emerged within the pricing commission established by the regulation, and that provisions in the regulation had forced the withdrawal of “some quality products from European countries” from the Kosovo market.

However, the decision to repeal the regulation came under a barrage of criticism from pharmacists, civil society organisations and former health minister Uran Ismaili. At a press conference on Wednesday, Kosovo’s Chamber of Pharmacists labelled the decision as “scandalous,” and threatened protests if it was not cancelled.

Dardane Mehaj, the deputy head of the Chamber, stated that the guidance in the regulation was essential, as prior to its implementation, Kosovo citizens were spending an additional 12 million euros per year on pharmaceuticals, compared to other countries in the region.

“Kosovo and Belarus are the only two countries that do not have regulated drug prices,” Mehaj stated. “With this abolition, organised crime, corruption, and the sale of drugs on the black market will flourish.”

The Kosovo Democratic Institute also expressed concern over the ministry’s decision, citing a lack of “business ethics” in the pharmaceutical sector as potentially causing “enormous” increases in medicine prices.

“We consider the repeal of this [regulation] without other measures put in place to prevent abuse as being harmful to citizens, who are now even poorer as a result of the pandemic,” the Institute stated in a press release.

Uran Ismaili, the former health minister who introduced the regulation in February 2019, accused the health minister of being complicit in a crime by removing it. “At a time when all public attention is focused on the horror that is causing the pandemic, Minister Armend Zemaj has decided to become a partner in the crime of buying drugs at abusive prices,” Ismaili said.

In a statement following the meeting between Zemaj and the pharmaceutical industry representatives, the Ministry of Health insisted that the regulation was repealed only due to the impossibility of implementing it.

“This has nothing to do with other interests,” the ministry stated, adding that suggestions that the regulation was removed in order to create opportunities for price hikes “have no basis, and are merely an attempt to divert attention from the fact that the [regulation], in its original form, has not been implemented for months.”

The ministry pointed to the findings of its Complaints Review Commission, who concluded that the regulation was “inapplicable.”  The ministry added that in addition to annulling the decision to repeal the regulation, minister Zemaj also took a new decision on Wednesday, obliging the ministry’s general secretary to send it for review and amendment.