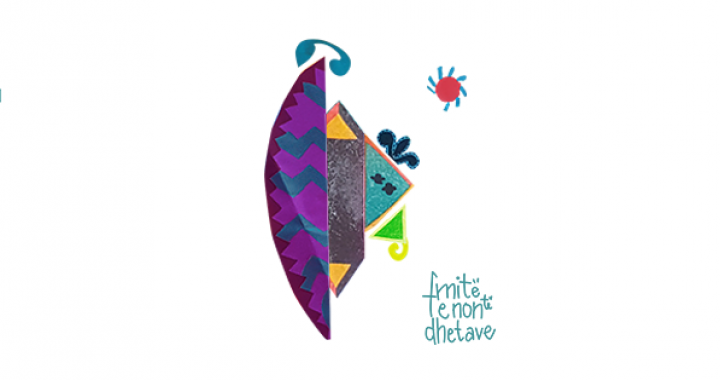 “In Kosovo, we do something that most Europeans don’t do; we refer to time as before the war and after the war,” said gallery owner Nita Qahili, referring the Kosovo War in 1999.

This exhibition, she said, will play with this theme through the eyes of Kosovo’s “‘90s kids.”

The artists, Yll Xhaferi explained, worked together on the exhibition as friends in the same age group.

“We share strange and difficult memories because of the situation during the ‘90s,” he said, referring years of oppression of Albanians under Milosevic regime, the parallel education and social systems, and the Kosovo War.

Qahili said that though each work by the six artists is diverse, certain commonalities engender the exhibitions “‘colorful, ‘90s feeling.”

“We were born in the ‘90s, so we will always have certain things in common, including things like games and inside jokes. Through our works we tell a story about everything we went through, how we grew up, what made us tough, our hopes and dreams,” Qahili said.

“I want to intervene upon my memories and my fears as a kid. So ironically, I am playing with the pride of nationalism and identity. I took my old drawings–I was drawing guns and NATO bombings [as a kid]–and I am transforming these images into something positive from what we had growing up, for example pop culture and video games, something in common with the Western kids,” Xhaferi said.

“I’m replacing my memories with how my childhood should have been.”