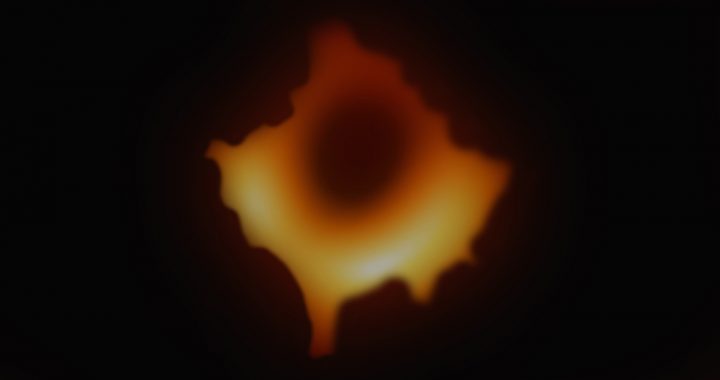 A vacuum that dissolves matter, space and time

A black hole of a week in Kosovo politics saw the major parties line up to embarrass themselves as migration figures show the depths of a wider crisis.

This week, the first-ever captured images of a black hole were unveiled by scientists, supporting Albert Einstein’s theory that these mysterious entities where space, time and matter all cease to be would in fact take the shape of a circle. The images have spread around the globe, making both headlines and unwilling celebrities.

But while the world’s eyes peered into the endless void in space, another even bigger vacuum, inhabited with humans and right in the middle of the Balkans, grew ever darker.

While melodramatic reports in both local and international media characterizing Kosovo as being ‘left in limbo’ or ‘in endless isolation’ are often quick to accompany developments in the country, this time the reality was deconstructed by Kosovo’s own political institutions, who, believe it or not, have managed to legitimize the stereotypical and sensational descriptions in the press.

Newly issued statistics from the country’s Ministry of Internal Affairs show that the number of Kosovars who migrated between 2013-2017 reached an annual average of 35,000, and that a total of more than 170,000 (roughly ten per cent of the population) did so during the five year period.

Over the past week, the media have extensively focused on the people on the edges of this black hole – the crowds lined up outside EU member state embassies in Prishtina seeking visas to enter the Schengen zone.

“Fake news! Fake news! Russian meddling!” cried Halil Matoshi, a senior adviser to the prime minister. In the eyes of the government, the migration figures and large numbers of people leaving the country are simply a parallel reality, making the citizens even more inquisitive to escape to other parts of the galaxy.

It is nothing new. For Kosovar politicians in recent years, ‘Russian interference’ has been an even more all encompassing explanation for the nature of everything than Einstein’s Theory of Relativity. It works as a great tool for brushing over internal failures, too.

Kadri Veseli, the speaker of the Assembly and the head of the Democratic Party of Kosovo, PDK, did not label the ongoing wave of migration as Russian meddling. Instead, the head of the party that has ruled Kosovo for more than a decade criticized those leaving the country, calling on them to “face up to Kosovo’s process of transformation.”

Perhaps the Ministry of Innovation, led by a PDK minister, could come up with some innovative methods for how to fight for Kosovo, instead of migrating to the West.

The unfolding crises of migration and corruption pushed opposition party Vetevendosje to organize nationwide gatherings in an effort to capitalize on the growing discontent. Under a slogan explicitly against the governing coalition partners, Kunder PANhajnise (Against PANthievery), Vetevendosje attempted to unite people against Haradinaj’s government, with the aim of sparking early elections.

Although labelled by Kurti as the head of thieves, Haradinaj appeared relaxed this week, and on Friday he included Kurti among his nominations to “plant a tree,” encouraging the Vetevendosje leader to take part in a new local environmental campaign named #PlantaTreeChallengeKosovo, that was launched by government officials.

Kurti’s failure to unsettle the prime minister is perhaps because of the lack of a united front with fellow opposition party, the Democratic League of Kosovo, LDK, in the call for protests, with LDK still not having a clear stance on whether they are backing the demonstrations.

“If LDK calls a protest, I assure you that it will be a huge mass of people,” LDK official Bajram Gecaj stated during a televised debate this week, though he was quick to concede that the party had never organized a protest in post-war Kosovo. The biggest protest of LDK has indeed always been not to protest. The party has shown a steely resistance to taking to the streets, calling on its peaceful legacy.

Perhaps the party’s reluctance to call for demonstrations is rooted in a theoretical background, invoking prominent thinkers of the region. In his book “Violence”, the Slovenian philosopher Slavoj Zizek argues that: “Sometimes doing nothing is the most violent thing to do.” What if LDK is just following this philosophy? But wait, isn’t Zizek a Marxist? Not very LDK.

The aphorism of the black hole also swallowed Kosovar Serb politicians. On Wednesday, Lista Srpska, the main political representative of Kosovo’s Serbs, ultimately decided to participate in the snap mayoral elections in four northern municipalities of Kosovo that were announced on Monday by Kosovo president. Lista Srpska made the reason its members are standing in these elections clear: “to stop Kosovo Albanians from taking over the municipalities it runs.”

In November, the four mayors, all members of Lista Srpska, resigned as an expression of discontent over the decision by the Kosovo Government to impose a tariff of 100 percent on goods imported from Serbia. The tariff remains in place, but seemingly this doesn’t affect the pledges of the politicians from Lista Srpska. While for Kosovo Albanian politicians, Russian interference remains an ongoing issue, for their Serb colleagues, stopping the Albanian invasion of the north is very important.

Lista Srpska is also a coalition partner in the Kosovo government. Or is it? They resigned, but remain as part of the government. Isn’t this extraordinarily complicated? For Lista Srpska politicians, at least, this does not resemble a black hole at all. Instead of all matter disappearing, salaries appear even without showing up at the office for months.

If all these local developments are not quite sufficient to label it a black hole exactly, then we could perhaps redraw the edges, or rename it to ‘the colorful hole’. But no compromise on the word ‘hole’.