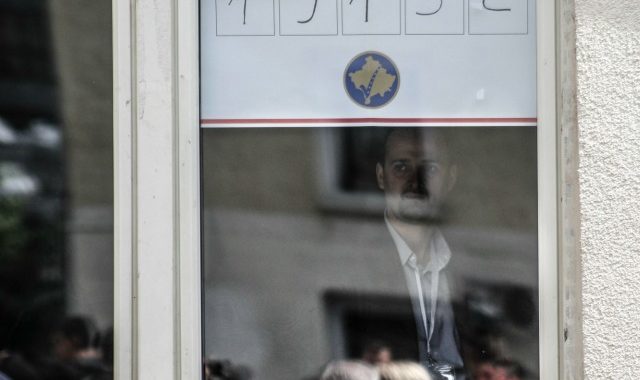 Kosovo President Hashim Thaci announced extraordinary mayoral elections in four Serb-majority municipalities in Kosovo on Monday, amid uncertainty as to whether Lista Srpska, will participate in the elections.

“The president of the Republic of Kosovo, Hashim Thaci, with his constitutional competences, taking into account the request of Ministry of Local Government Administration and after consultations with political parties and the Central Election Commision, today took a decision to announce the date of extraordinary mayoral elections for the municipalities of North Mitrovica, Zubin Potok, Leposavic and Zvecan,” reads Thaci’s announcement published on Monday.

According to the president’s announcement, the extraordinary elections in these four municipalities will be held on May 19, 2019.

The last mayoral elections took place in October 2017, with the regular elections not expected until 2021.

The decision comes after the mayors of each municipality, all coming from Lista Srpska, the leading Kosovo Serb political party, resigned on November 17, expressing their discontent with the Kosovo government. The resignations came one week after the government imposed a 100 per cent tariff increase to all goods imported to Kosovo from Serbia.

Goran Rakic, mayor of North Mitrovica, stepped down in November during an extraordinary session of the North Mitrovica municipal assembly, saying that his resignation came as a result of “the discriminatory policies of the Kosovo government against Kosovo Serbs.”

It remains unclear whether Lista Srpska will participate in the elections. Marko Djuric, head of the Serbian government’s office for Kosovo, said following the mayors’ resignations that these municipalities will not operate until the tariff is withdrawn.

In January, BIRN reported that the four mayors of northern municipalities had continued to receive their salaries despite their resignations.

The imposition of the tariff by the government came after Kosovo’s attempt to become a member of the international law enforcement cooperation body, Interpol, which failed due to what Kosovo politicians called Serbia’s “aggressive policies” obstructing Kosovo’s membership in the international policing organization.

The tariff continues to be in place despite strong objections and calls by the international community to withdraw the tariff, a move hailed necessary in order for the dialogue between Kosovo and Serbia to restart.

Serbia continues to condition the resumption of the dialogue with the withdrawal of the tariff.

Kosovo Prime Minister Ramush Haradinaj pledged that the tariff will remain in place until Serbia recognizes Kosovo. On the other hand, Thaci has called for the withdrawal of the tariff in order to preserve Kosovo’s “partnership” with the international community.

So far, there has been no reaction from members of Lista Srpska following the announcement of elections by the Kosovo president.