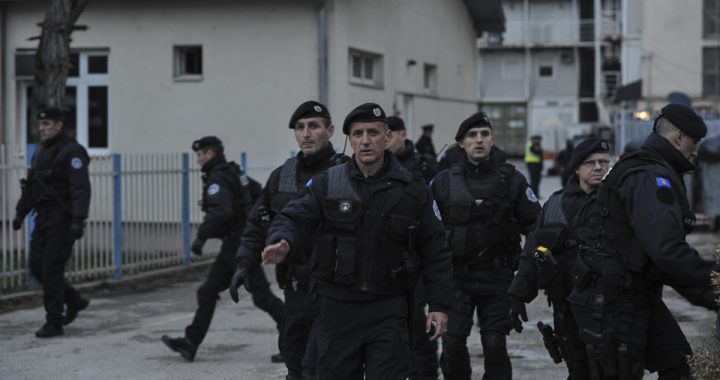 After consulting with Serbian President Vucic in Belgrade, Srpska Lista announced that they will leave the Kosovo government after the arrest and deportation of Marko Djuric.

Srpska Lista, the representative political group of Kosovo Serbs, decided to withdraw its members from the Kosovo government following the arrest and consequent deportation of Marko Djuric, head of the Serbian government’s office for Kosovo.

Srpska Lista announced their departure from the government after a meeting between their leaders and Serbian President Aleksandar Vucic in Belgrade on Tuesday.

Until today, Srpska Lista had one deputy prime minister and three ministers in the Kosovo government .

“We informed President Aleksandar Vucic of this, and he said we have his support,” President of Srpska Lista Goran Rakic said after the meeting.

Rakic also said that the ten Serb-majority municipalities in Kosovo will form the Association of Serb Municipalities on their own in April.

He also appealed to Kosovo Serbs to not be part of the formation of the Kosovo Armed Forces.

EU Spokesperson Maja Kocijancic said that EU High Representative Federica Mogherini will travel to Belgrade on Tuesday afternoon to discuss “the future of the EU-facilitated dialogue” with President Vucic.

??#EU HRVP @FedericaMog will – on her way from Tashkent conference on #Afghanistan – stop in Belgrade late this afternoon to talk to @predsednikrs @avucic about the future of the EU facilitated dialogue. #Serbia #Kosovo #WesternBalkans

In a press conference following Sprska Lista’s announcement, Prime Minister Ramush Haradinaj emphasized that he will not be resigning from his post despite the departure of Srpska Lista, the political group that was the deciding vote on the establishment of the Haradinaj government.

“It was a hurried and harmful announcement [Srpska Lista’s departure]. We saw how things can end up when things are done unilaterally,” Haradinaj said in reference to Djuric’s arrest. “It is not good to test anybody’s patience indefinitely. It is good to return to the table and work together.”

Denying that there would be snap elections, Haradinaj called on the Serb MPs to reflect on their decision.

“Elections will not take place. I hope that Srpska Lista reflects, because unilateral withdrawal from cooperation is not a solution,” Haradinaj said.

Answering a Serbian journalist, he switched into Serbian language to say, “I believe that this decision does not serve the good of Serbs in Kosovo. Only through institutions can the interests of Serbs be pushed forward.”

He also said that the Kosovo Police’s arrest and deportation of Djuric “were standard operating procedures,” but was evasive when asked who had ordered the arrest.

“The MFA took a decision. In such a case the Ministry of order is activated, naturally the head of the government monitors the situation. I was aware of every second of the process,” Haradinaj said.

Correction: An earlier version of this article said that until today, Srpska Lista had two ministers in the Kosovo government; they had three.