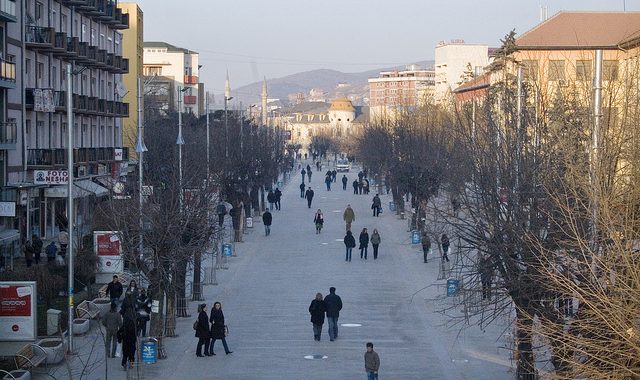 Vetevendosje leader Albin Kurti’s statements on Jeta ne Kosove regarding his intentions to fight sexual harassment in his party have spurred activists and civil society organizations to demand that all political leaders address sexual harassment within their parties.

“There are instances, for example, when a young woman comes to Vetevendosje once, twice…. there are some men and boys who harass them, and after this, women do not come anymore. Therefore we need a code of conduct,” Kurti said during his interview with moderator Jeta Xharra.

The head of Vetevendosje’s Secretariat for Women, Nazlie Bala, said that the party took action in the past against sexual harassment.

“We have learned about harassment from complaints of women who have been directly affected by it,” Bala said.  According to her, in 2013 an individual was removed from the party following a complaint.

Bala maintains that sexual harassment remains a challenge, and both time and energy are necessary to create space for these cases to be reported and addressed.

“We started speaking publicly about this in Vetevendosje because we want to break a taboo towards which our society closes its eyes, ” Bala said.

Women’s rights organizations have issued statements over the past few days encouraging political parties and organizations to address reported cases of sexual harassment.

The head of the Kosovar Center for Gender Studies, Luljeta Demolli, said that addressing harassment in Vetevendosje could “raise awareness at all levels in Kosovo.”

According to Demolli, addressing sexual harassment cases has been “a priority” for civil society organizations that lobby for gender equality and and human rights.

“There have been many projects, protests and events that aimed to include this sort of engagement into institutional work. We didn’t notice any particular support from Vetevendosje to aid civil society in the drafting and adoption of a legal framework that aims to prevent and fight sexual harassment, although apparently there were cases of sexual harassment in that organization,” Demolli stated.

Demolli also expressed her concern that “some people fear that such a sensitive issue could be misused as a means to slander political opponents,” referring to the ongoing rift within Vetevendosje as dozens of former members have resigned.

“I plead to all Vetevendosje MPs to use their  influence so that policies are adopted, and to join our advocacy work to adopt laws and policies inside civil society organizations, political organizations, and the Assembly itself,” said Demolli.

In December last year, the tech NGO Girls Coding Kosova published their data gathered over a year and a half. Over 400 cases of sexual harassment were reported through the app EcShlire (WalkFreely); over 50 of these were workplace harassment cases.

Citing 2016 research from the network, Adelina Berisha, advocacy coordinator at Kosova Women’s Network, said that 64.1 per cent of women have been sexually harassed. According to Berisha, although the rate of sexual harassment is high, the reporting rate is very low.

“Only 4.1 per cent of all survey respondents have reported sexual harassment or knew someone who did so,” said Berisha.

At the same time, Berisha also pointed out that most political parties lack a framework to address sexual harassment.

“Since political parties aspire to govern the country, they have an obligation to be examples of civility and fairness. Therefore they should start creating policies, codes, and other documents that would punish sexual harassment, but also create internal mechanisms to address sexual harassment,” she concluded.