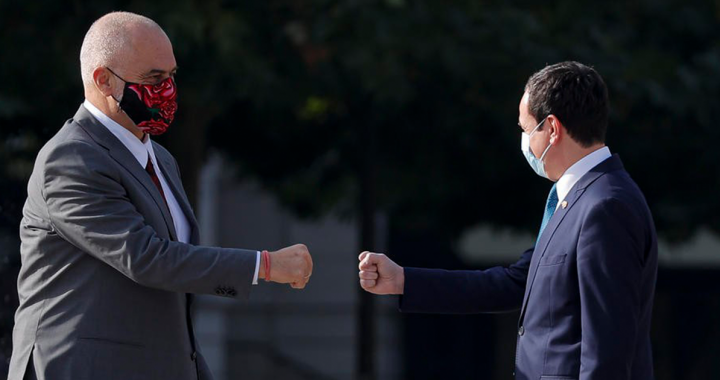 Albania is stepping in to help energy-short Kosovo so that more power cuts do not ruin the New Year’s Eve holiday there.

Albania will provide Kosovo with enough megawatts of electricity for December 31 and January 1 to avoid power cuts over the holiday, as Kosovo wrestles with an ongoing energy crisis.

Albania’s Minister of Infrastructure and Energy, Belinda Balluku, said the energy offered to Kosovo will be returned to Albania during the summer.

“Following with concern the severe energy crisis that has affected Kosovo, I today asked the Ministry of Energy to evaluate the possibility of assistance to the government of Kosovo, so that families in Kosovo do not lack electricity on the two days of the popular New Year holiday!” Rama wrote on Twitter on Tuesday.

Rama added that Albania does not find managing the energy crisis easy, either, but that it cannot ignore the far worse crisis in Kosovo.

Since December 22, people in Kosovo have been facing regular cuts in electricity. The government has allocated 20 million euros to import more electricity.

The Kosovo Electricity Distribution Company, KEDS, has meanwhile requested an increase in the electricity price of 7 per cent. The Energy Regulatory Office has already opened a process of extraordinary tariff reviews, following the requests submitted by KEDS and the Universal Electricity Service Provider, KESCO.

Electricity prices are expected to rise by at least 5 per cent.

Based on its legal mandate, ERO has said it will review the applications of licensees, assessing the need for both a continuous supply of electricity and affordable prices for consumers.

ERO at the end of October decided not to increase the price of electricity. It then said energy prices in Kosovo will remain the same as last year, until April 2022.