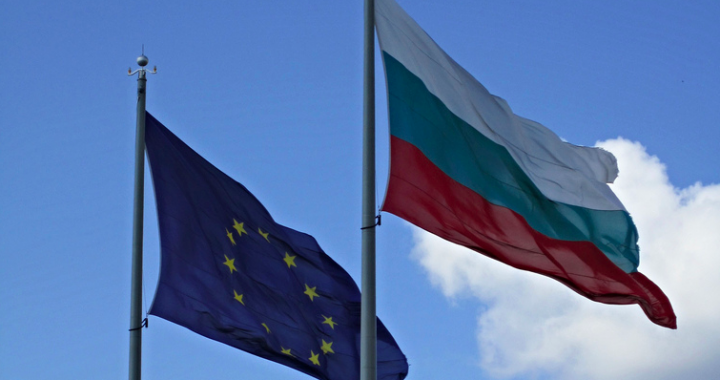 Apostolova: With Bulgaria’s EU Presidency, Kosovo has ‘window of opportunity’

The Head of the EU Office in Kosovo said that Bulgaria’s Presidency of the Council of the EU will prioritize the Western Balkans, but that Kosovo must show its commitment to European integration.

Bulgaria will prioritize the Western Balkans during its Presidency of the Council of the European Union, said Nedialtcho Dantchev, Bulgarian Ambassador to Kosovo, on Tuesday.

“We have recent memories of what being a candidate country feels like… we believe we can be a bridge between the Western Balkans and the EU,” Ambassador Dantchev said at a conference to communicate Bulgaria’s priorities for its presidency.

“Europe has been hit by consecutive crises… many of our partners, especially in the Western Balkans, have lost their hope that the European perspective is realistic,” he said, emphasizing that Bulgaria’s presidency is a chance to communicate the possibility of European integration to the Western Balkans.

Bulgaria’s six-month rotational presidency–its first since the country joined the EU in 2007–began on January 1. Before the Bulgarian Presidency’s official launch, prominent European media outlets published reports on corruption, poverty and organized crime in the country.

But Bulgaria sees the presidency as a chance to bolster its image.

“I must confess that I have a hidden goal for today’s meeting… my aim is not only to present the Presidency’s priorities but also to help you… expand the perceptions and perspectives of my country beyond certain stereotypes,” Ambassador Dantchev said on Tuesday.

The European perspective for the Western Balkans is one Bulgaria’s four priorities, in addition to youth, security and stability, and economic growth with a focus on the digital economy.

The Head of the EU Office in Kosovo/EU Special Representative Nataliya Apostolova said that with the Western Balkans on the Presidency’s priority list, Kosovo “must use its window of opportunity.”

“Kosovo has a chance to influence the enlargement strategy by doing the right things… later might be too late,” she said on Tuesday, adding that the Kosovo Assembly should pass the border demarcation with Montenegro and show progress on the fight against corruption, a message mirroring former Rapporteur for Kosovo Ulrike Lunacek’s outgoing statements in October.

Dantchev said that concrete areas of focus for the Western Balkans will be improving connectivity and development in transport, telecommunications, energy, education and culture. He said that there are no specificities Kosovo, but that the sole goal “is to stimulate and help Kosovo towards European integration.”

Discussing a recent attempt by 43 Kosovo MPs to abrogate the Law on the Specialist Chambers,  Apostolova said that such initiatives might obstruct Kosovo’s European path.

“The initiative to abrogate the law… is not the way to go. An attempt to annul an international commitment is not a way to build institutions,” she said.

She emphasized that the EU is committed to Kosovo citizens.

“People here still do not trust institutions–this is why international support is still needed in judiciary, rule of law, and elsewhere.”

Apostolova also addressed reports that Deputy Prime Minister Enver Hoxhaj expressed concerns about the EU’s approach to Kosovo. Hoxhaj had said that the EU’s draft strategy on enlargement has a “selective approach.”

“There’s a concrete date that if Serbia and Montenegro fulfill the criteria, they can become members by 2025. Meanwhile, when it comes to Kosovo, Albania, Macedonia and Bosnia and Herzegovina, there’s a very general assessment. This sort of formulation leads our country nowhere,” Hoxhaj had said at a cabinet meeting on Monday.

On Tuesday, Apostolova said that rather than criticizing the draft strategy, Kosovo should “show its real commitment to its European path.”

“The strategy is internal and in the making, and not final, so I guess [Hoxhaj] has based his conclusions on an older version, which is by the way an internal document which should not be in the hands of anyone of our Western Balkan friends,” Apostolova said.

Apostolova added that the whole region’s EU integration is important for European stability and security, and that regarding Serbia, the Kosovo-Serbia dialogue is an important piece of “good neighborly relations, a prerequisite for entering the EU.”