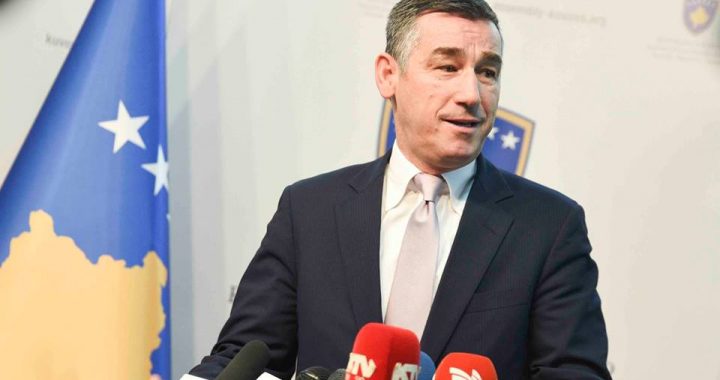 Kadri Veseli postpones a meeting of the Assembly Presidency to discuss the ‘Special Court’ law until next week, while the US reiterates its strong stance against moves to revoke the law.

A meeting of the Presidency of the Kosovo Assembly scheduled for today was dismissed due to lack of a quorum, postponing a planned discussion on the abrogation of the Law on the Specialist Chambers once again.

Assembly Speaker Kadri Veseli concluded the meeting soon after it began, saying that it could not continue without the vice presidents present.

“What we need is our colleagues to participate in the presidency meetings,” Veseli said, facing the empty chairs of the meeting room. “Considering this, I am dismissing the meeting and I will call you next week.”

The presidency was supposed to discuss a request made by 43 MPs to hold an extraordinary session and vote on the abrogation of the so-called Special Court, which was made hurriedly during a regular Assembly session on December 22, 2017. At the time, opposition parties and MPs from minority communities boycotted the presidency meeting to discuss whether or not the motion should go to the floor.

The US and UK ambassadors issued severe statements once the initiative was made public, condemning the initiative and threatening that such a move would jeopardize Kosovo’s relations with its western partners.

US Ambassador Greg Delawie held a special conference earlier today to once again emphasize the position of the United States on the matter, sending a clear message to the MPs and other politicians who are backing the initiative.

“Let me be clear: MPs who support this initiative – and the politicians who lead it, despite their denials – will be subject to specific and harsh consequences should the initiative succeed.  They know this; we’ve told them,” he said.

While the establishment of the Specialist Court was opposed by opposition parties Vetevendosje and the Alliance for the Future of Kosovo, AAK, since it was first introduced to the parliament in 2015, it is not clear whether Vetevendosje will vote for its revocation.

After the failed presidency meeting, AAK representative Ahmet Isufi said it was problematic that meetings were being postponed. He reaffirmed his party’s position against the ‘Special Court.’

“We do not comment on the ambassador’s comments, you already know the position of AAK – we voted against it and we have not changed our position,” Isufi said.

In a press conference after the failed meeting, LDK presidency speaker Avdullah Hoti said that the government coalition is “dysfunctional,” also reiterating his party’s position against the movement to revoke the law on the Specialist Court.

“Our position is clear, we will leave the meeting if it is added to the schedule,” Hoti said.