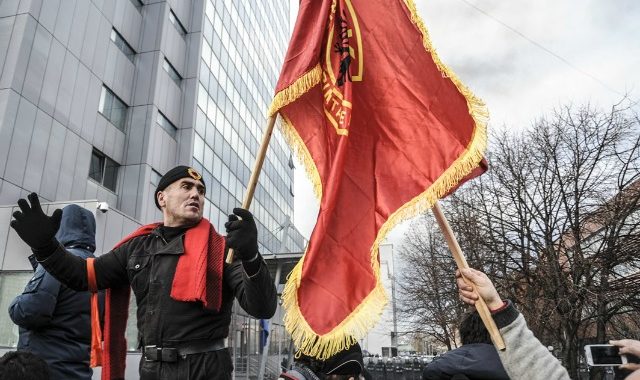 The risky initiative against the ‘Special Court’

Whatever one thinks of the Court, to disband it would have enormously grave repercussions for Kosovo’s international status.

The campaign by an alliance of Kosovo’s MPs to revoke the Specialist Chambers and Specialist Prosecutor’s Office for Kosovo has caused widespread alarm both within Kosovo and internationally. While their initial attempt failed, evidence suggests that, despite the threats issued by the US and the EU, the effort to disband the Court will be renewed when parliament reconvenes on January 15, possibly even against the warning issued by PDK leader and Assembly Speaker Kadri Veseli that such an initiative “would fail.”

When it was established, the Court was heralded as a means by which Kosovo could heal past wounds, clean up its political system and inject new momentum into Kosovo’s bid to be fully accepted by the international community. The current crisis, however, illustrates that far from enabling a new image of Kosovo to emerge, the Court has inadvertently exposed Kosovo’s murkier side; in particular, the unaccountable power wielded by certain external actors and an internal elite.

There are many principled reasons for opposing the Court; as was seen in the aftermath of the recent Mladic and Praljak verdicts at the ICTY, formal judicial censure does not necessarily positively contribute to inter-community relations. Likewise, the Court’s ‘hybrid’ nature – it operates according to Kosovo’s laws but is based abroad and staffed by international judges and prosecutors – is a function of the assumption that international judicial bodies, and the individuals who staff them, are inherently more impartial, effective and less corruptible than local comparatives; this is not a particularly persuasive argument given the record of both UNMIK and EULEX.

That many Kosovars were reluctant to support yet another ‘international’ judicial body is thus hardly surprising, and opposition to the Court certainly did not – and does not – necessarily denote a craven unwillingness to support the pursuit of justice. Yet, many clearly oppose the Court on more, self-interested grounds. Logically, given that many of Kosovo’s political elite were cited in the 2010 Council of Europe report as complicit in criminality, they were less than keen to support the establishment of a body mandated to punish them.  Thus, to state the obvious, the Court would not have been established without the enormous pressure brought to bear on Kosovo’s government and elected officials by certain external actors.

That this pressure was exercised – and that Kosovo’s political elite ultimately yielded to it – begs two questions: why were the international community so keen to establish the Court, and why did Kosovo’s political elite eventually acquiesce? The ideal answer to both questions would, of course, be that both groups underwent an epiphany and became convinced of the moral necessity for the new court. Sadly, there is scant evidence to support this. In fact, the crisis now engulfing the Court suggests the motivations are less about justice, and more about interests.

Since Milosevic’s forces were routed in June 1999, Kosovo has effectively been governed by a coalition comprising a domestic elite and certain external powers, primarily the US and the EU. Parties to this coalition have sought, above all else, to use Kosovo for their own ends. The domestic elite has sought to maintain a position of power that enables them to extract Kosovo’s resources for their own gain, while the external actors use Kosovo as a prop in their respective geopolitical machinations, presenting its “success” as evidence of their power.

For the majority of Kosovo’s citizens, the promised land of independence has proved something of a disappointment given the persistent corruption, high unemployment, visa restrictions, and the country’s failure to join key international organizations. Yet, the domestic/external coalition have an altogether different set of criteria for gauging success. They are focused on maintaining stability in Kosovo – narrowly conceived as the absence of inter-ethnic conflict and/or popular unrest – so as to facilitate both the capture of the state’s resources and the proliferation of an imaginary Kosovo for external consumption.

In practice this has meant that two Kosovo’s have come to exist. The first is the imaginary Kosovo heralded by the political elite and notable external actors; the ‘independent,’ ‘democratic,’ ‘multi-ethnic’ state making ‘irresistible progress’ towards international recognition and economic prosperity. Then there is the Kosovo, whose sovereignty is routinely compromised by external actors, whose resources are pillaged by a corrupt elite – resulting in perennially high unemployment and emigration – and whose quest for international recognition has largely stalled, if not in fact reversed. Both the internal elite and their external sponsors have sought to ensure that that latter reality does not come to eclipse the former image; this has necessitated interference in Kosovo’s political system and judiciary, the manipulation of its national symbols, and in certain cases, the co-option of initiatives that could not be halted; it is this latter strategy of co-option that arguably best explains both the establishment of the Court and its current crisis.

The impetus behind the establishment of the Court, at least in certain key quarters, was not so much to facilitate the exercise of justice, but to be seen to be doing so. The Council of Europe Report and the Special Investigative Task Force findings could not be ignored; both had gravely tarnished the image of Kosovo internationally, thereby undermining its utility as a ‘success story.’ Thus the Court had to be established; this of course required the consent of the local elite and so a bargain had to be struck.

President Thaci’s position is particularly illustrative of this process; his recent depiction of the Court as ‘a historic injustice’ and his stated willingness to support its replacement led many to wonder why he changed from recommending the establishment of the Court to now seemingly supporting its demise even before any indictments have been issued. Yet his position is actually quite consistent. While Thaci supported the establishment of the Court in 2014, his support could hardly be described as heartfelt; at the time, he described the Court as “the biggest injustice and insult which could be done to Kosovo and its people.”

In explaining his recent rejection of the Court, Thaci stated that he supported the Court’s establishment because “we were promised that we can apply for membership into the Council of Europe, that visa liberalization will happen soon, that we will have massive support on membership in UNESCO, and we will be allowed to establish the Kosovo Army very soon and have new recognitions.” Given that the ‘International community did not fulfil any of the promises,’ naturally, Thaci’s support has faded (the international community has rejected claims that the Court was a trade-off). The Court’s record in achieving justice is not actually the criteria upon which he, and others, are judging its utility.

Thus, amidst the current crisis, the motivation behind the establishment of the Court is laid bare. For the West, the Court’s purification of Kosovo’s international image would enable it to once again be proudly touted as conclusive evidence of Western benevolence, might and efficacy; hence the increasingly grave threats now being issued by the US, the EU and the Quint states. The powerful elite acceded to the creation of the Court as a means to secure both the continued patronage of their foreign sponsors and the array of lucrative ‘promises’ made. Achieving justice for the victims was a secondary motivation. This of course explains the government’s noted reluctance to boost public perceptions of the Court.

The key problem is thus that the Court’s existence is dependent on Kosovo’s external patrons delivering on the promises Thaci alleges they made to the domestic elite; this simply may not be feasible, particularly if, as Thaci claimed, they included promises of EU/NATO membership and increased recognitions. Given that support for the Court in Kosovo was only ever a function of expediency, its existence is thus gravely imperilled. Whatever one thinks of the Court, to disband it would have enormously grave repercussions for Kosovo’s international status. The paradox is, therefore, that external actors, eager to maintain an image of Kosovo as a “success” to bolster their own self-image, have forced Kosovo to create an entity Kosovars themselves did not want; as was perhaps inevitable, the Court’s existence has become imperilled precisely because of this lack of genuine domestic support, and Kosovo’s reputation is now jeopardised.