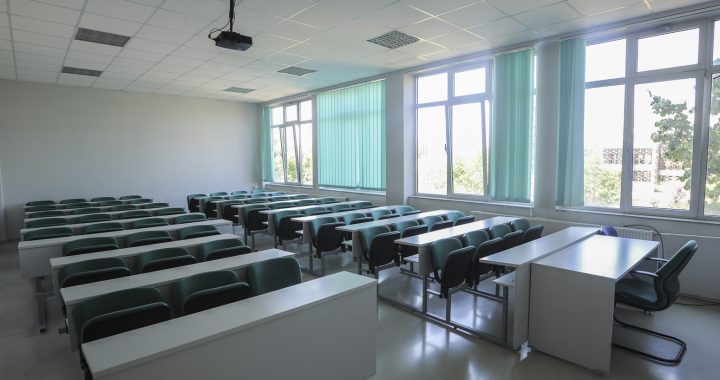 EU: Kosovo should spend more on research and innovation

Representatives from the EU and the University of Prishtina debate problems in Kosovo’s higher education system.

Kosovo’s high unemployment rate, coupled with the high rate of students enlisted in higher education programs, is linked to the low amount of public spending towards research and innovation, argued Riccardo Serri, Head of Political, Economic, and EU Integration for the EU Office in Kosovo.

On Thursday, Serri joined representatives from government, public education, and civil society to discuss challenges and solutions for the state of higher education in Kosovo at an event hosted by the EU Information and Cultural Center.

With about 120 thousand students who attend higher education institutions, Kosovo has about double the amount of students than the EU average, Serri said.

“Quantitatively this is good,” he said. “You realize, on the other side of the coin, that Kosovo has a very high unemployment rate and a small budget dedicated to research and innovation… qualitatively, there is certainly more to be done.”

The unemployment rate amongst college graduates is 25 per cent, a fact considered alarming by Serri.

Faton Berisha, the Vice Rector of Scientific Research at the University of Prishtina, emphasized however that the unemployment rate for graduates is much lower than the overall rate.

“There is a 25 per cent unemployment rate amongst [higher education] graduates, but the general unemployment rate in Kosovo is 40 per cent. So the University is doing its job,” Berisha responded, adding that the problem lies in Kosovo’s isolation from the EU and its lack of access to the EU labor market.

“This is an existential issue for higher education in Kosovo, and also in Europe, which needs to open up and not feel threatened, so Kosovars can have free movement and compete in Europe like other Europeans,” he argued.

“We as the new government and the new ministry have pledged in our program that we will deal a lot with pre university education in order to have a direct impact on higher education,” he said.

Dermaku also pledged that the new government will work to ratify a new law on higher education, which is something that the EU has been advocating for in its annual reports on Kosovo.

Serri said that in addition to the new law, the EU’s other education priority for Kosovo is increased spending on innovation and research.

One of the reports referred to by Serri, the European Commission’s 2016 Country Report on Kosovo, said education, research, and development in Kosovo are hindered by poor public spending. Research and innovation spending amounted to only 0.05 per cent of the GDP, the report stated, of which scientific research and grants amounted to only a fifth; meanwhile, 75 per cent of education spending goes to salaries.

Serri concluded by critiquing the decision of the Ramush Haradinaj government to dismiss the entire board of the accreditation agency.

“We looked at this with concern. We were satisfied with the [agency’s] functioning in the past few years because it had been active in reviewing [university] programs and rejecting some institutions that do not meet the criteria,” he said.

Rron Gjinovci, Director of the Organization for Quality Improvement in Education, ORCA, agreed.

“We share the same concerns about the dismissal of the accreditation agency. It was doing a good job under the Kosovo standards,” he said, adding that though the agency was not free of problems, it was rejecting programs that were not up to standard.