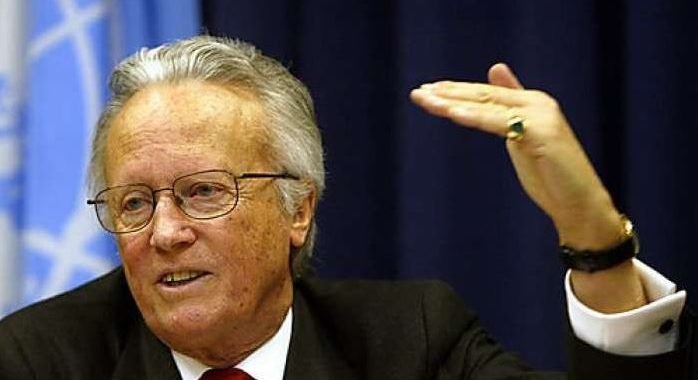 Albert Rohan, an Austrian diplomat and key player in the development of the Ahtisaari Plan that brought about the supervised independence of Kosovo in February 2008, died in Vienna on Wednesday.

Albert Rohan, a former Permanent Secretary to the Austrian Ministry of Foreign Affairs, died on Wednesday following a long career in the Austrian Foreign Service and as a diplomat and EU representative in Kosovo.

Rohan was appointed as deputy to the Special Envoy of the Future Status Process for Kosovo, Martti Ahtisaari, by UN Secretary General Kofi Annan in 2005. He played an important role in the Vienna Negotiations on the Final Status of Kosovo, which ultimately resulted in Kosovo’s independence.

Kosovo President Hashim Thaci reacted to the news on Wednesday, saying “Albert Rohan contributed much to installing peace in our region.”

In November 2009, during a special session of the Kosovo Assembly, Rohan was awarded the Golden Medal of Independence of the Republic of Kosovo, the country’s highest distinction, which was presented to him by former Kosovo President Fatmir Sejdiu.

Rohan joined Austria’s diplomatic service in 1963, working in Austrian embassies in Belgrade and London during his career, as well as serving as Vienna’s ambassador to Argentina, Uruguay and Paraguay between 1982 and 1989.

Rohan remained engaged in issues pertaining to Kosovo long after his service in the country came to an end, coming out in opposition of the idea of border changes or territorial division of Kosovo in 2018.

“Hopefully, the EU-facilitated dialogue between Belgrade and Pristina will bring about a gradual improvement in relations between Serbia and Kosovo, and their eventual accession to the EU will lead to the universal recognition of Kosovo’s sovereignty,” said Rohan to Radio Free Europe in February 2018.

A well-known supporter of Kosovo’s independence, Rohan also called on those opposed to the country’s sovereignty to acknowledge the reality. “Kosovo’s independence has become an irreversible fact, even if Serbia, Russia, and some other countries persist in their denial of reality,” he added.

Rohan had a longstanding involvement in the Balkans during his lifetime. In July 1998, when attacks by the state apparatus of Serbia against Kosovo Albanian civilians were becoming more frequent and the Kosovo Liberation Army was expanding its forces, Rohan headed the EU’s delegation in Kosovo to prevent the situation from escalating further.

As part of the EU’s monitoring team, Rohan reflected on the destruction he witnessed on the ground in Kosovo in 1998. “We were shocked with what we have seen. The area is partly devastated and there are hardly any civilians in the area, which has been damaged and destroyed, and there are scenes that show of excessive use of military force.”

Rohan retired from diplomatic service in 2002, and following his role as Deputy Special Envoy for the Future Status Process for Kosovo, served as Austrian representative to the European Council for Foreign Relations from 2007.