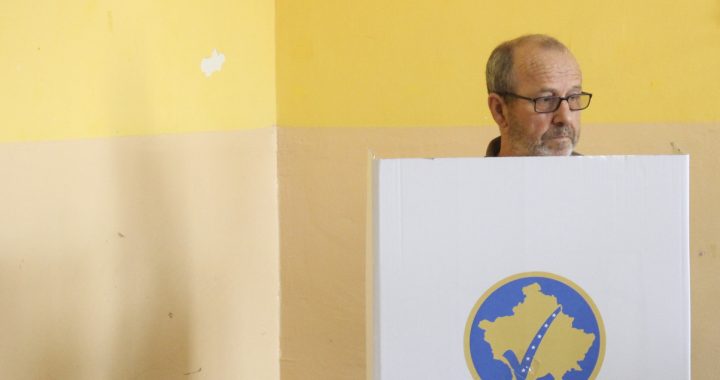 Nine elections monitoring complaints submitted by BIRN and Internews Kosova to the Election Complaint and Appeal Panel were approved.

The fines given to all political subjects following the approval of nine complaints submitted amount to 33,600 euros.

Among these complaints, the ECAP, which functions under the Central Election Committee, CEC, found violations in nine cases, and fined political subjects accordingly.

On June 8, the ECAP approved a complaint by BIRN and Internews Kosova against Srpska Lista, fining them 25 thousand euros. The political subject had released a video ad which incited hatred, denied Kosovo’s statehood, and was against the Law on General Elections.

On June 13, ECAP approved the first complaint regarding the placement of posters during election silence. The ECAP fined the PAN coalition – made up of the Democratic Party of Kosovo, PDK, the Alliance for the Future of Kosovo, AAK, and NISMA –  1,200 euros for placing posters of MP candidate Enver Hoxhaj near polling center 2006/a at the Gjon Buzuku gymnasium in Prizren.

MP candidate Zafir Berisha from PAN was also a cause for a 300 euro fine. Berisha published a video of one of his campaign speeches made on June 10 on his Facebook page during pre-election silence. The video was online throughout the voting process.

On June 14, ECAP also approved yet another complaint submitted by BIRN and I/KS against the Bosnian coalition VAKAT for poster placement during election silence. VAKAT was fined 1,200 euros for placing posters of MP candidate Cerim Bajrami near a polling center.

On June 14, a BIRN and I/KS complaint against the LAA coalition – made up of the Democratic League of Kosovo, the New Kosovo Alliance, and Alternativa – was also approved. The coalition had violated the law by placing a poster of the MP candidate Vesel Makolli near a polling place. LAA was fined 2,500 euros.

On election day, posters of Ramush and Daut Haradinaj were found close to polling center number 0101c near the Vellezerit Frasheri school in Decan. The Decan branch of the PAN coalitions was fined 2,500 euros for the placement of the posters.

A complaint against AAK MP candidate Teuta Haxhiu was also approved. Haxhiu’s coalition was fined 300 euros for campaigning on Facebook during pre-election silence and on election day.

PAN was also fined 300 euros for MP candidate Leonora Morina Bunjaku’s violation of election silence when on election day she posted instructions on how to vote for her.

For every EPAC decision, political subjects are obligated to pay the fines within 15 days of receipt under threat of enforcement.