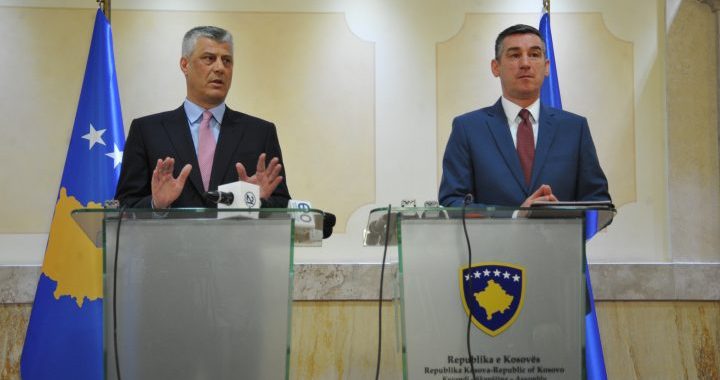 After the resignation of Kosovo’s Prime Minister in July, a meeting of the Chairmanship of the Assembly on Monday looks set to schedule a motion of no confidence in the government, which if approved will result in snap elections to be held within 45 days.

Kadri Veseli, the speaker of the Kosovo Assembly has declined to give a nomination for a new Kosovo Prime Minister, after outgoing prime minister Ramush Haradinaj resigned on July 19, following his summons to the Specialist Prosecutors’ Office in The Hague for questioning.

On Friday, President Hashim Thaci sent a letter to the Speaker of the Assembly to ask for a nomination for a new Prime Minister. Veseli replied quickly, not giving a nomination, and stating that early elections were the best solution to the current predicament.

Veseli was the head of the PAN coalition, the most voted subject in June 2017’s parliamentary elections, and thus had the first right to offer a nomination for a new prime minister, if he could secure the 61 votes required in the assembly.

However, all political parties represented in the Assembly have expressed a willingness for snap elections following Haradinaj’s resignation, including members of the parliamentary majority.

It seems that a meeting of the chairmanship of the Assembly of Kosovo scheduled for Monday will clarify the date of the session that will aim to dissolve the Assembly, and trigger early elections.

“This gathering aims, in an institutional and official way, to hear the position of every parliamentary group at the Assembly of Kosovo, after the fall of the Government of Kosovo, and to make concrete steps to state to determine as soon as possible the date of snap elections,” Veseli wrote on his Facebook page.

According to the Constitution, 80 out of 120 votes in the Assembly are required for a vote of no confidence to succeed, thus dissolving parliament and beginning the process of electing a new government.

In independent Kosovo, there have been three instances when the Assembly of Kosovo has dissolved, in 2010, 2014 and 2017, all triggering snap elections with the government not having fulfilled a four year mandate.