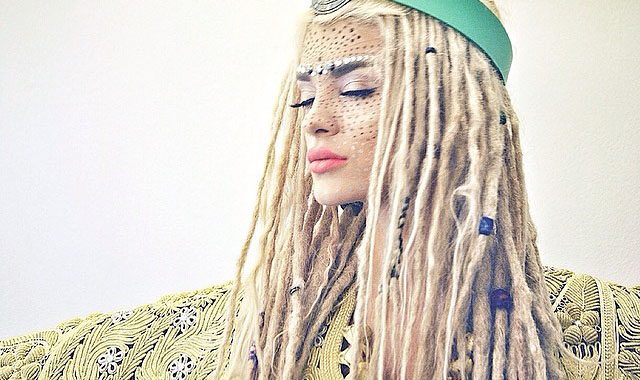 Era Istrefi among Politico’s 28 who ‘will shape Europe’

Kosovo-born pop star Era Istrefi was dubbed ‘the pop ambassador’ and included in Politico’s ‘28 Class of 2019,’ alongside other figures who are ‘shaping, shaking and stirring Europe.’

Propelling her name to prominence with the 2016 hit single “Bon Bon,” Prishtina-born pop star Era Istrefi was recently selected by media organization Politico as one among its 28 Class of 2019, a list of individuals from various European countries who are expected to have a significant effect on the continent’s society and culture next year.

“Era Istrefi is putting Kosovo on the map — even if some don’t want it to be there,” the article on Istrefi reads. “While many of her contemporaries with Kosovan roots, like singer Rita Ora and Liverpool footballer Xherdan Shaqiri, grew up in Western Europe, Istrefi is 100 percent homegrown — proof to her fans back home that local talent can break through abroad.”

In summer 2018, Istrefi performed the World Cup song “Live it up” with Will Smith and Nicky Jam in Russia.

“Russia, which does not recognize the territory, refused to let her in with her Kosovan passport. Fortunately, Kosovo’s neighbor Albania gave her citizenship, allowing her to perform at the closing ceremony to a worldwide audience of millions,” Politico reports.

Istrefi went viral in late 2015 when her song “Bon Bon,” which became a club sensation all over Europe and even in the United States. Istrefi was then signed to Sony Music Entertainment and Ultra Music, producing a couple of club hits, including one with the popular artist French Montana.

Besides the other two categories, the doers and the disruptors, Italy’s Matteo Salvini, a far-right, Eurosceptic politician nicknamed “the Europeanist,” was selected as the overall number one of the list as the most likely to “shape our world” in 2019.