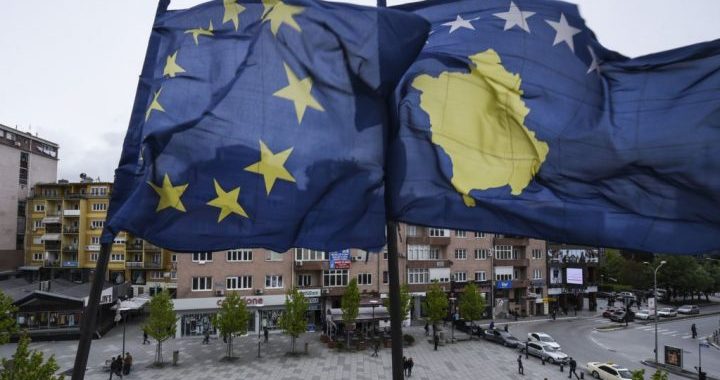 While Monday’s results brought a shift in the balance of power in the EU, analysts in Kosovo do not expect this will bring about change in the EU’s position towards the Balkans and Kosovo particularly.

The European Parliament elections have been a test not only for the future of the European Union, but also for those who aspire one day to become member, including Kosovo.

While it is still early to make predictions, these elections could impact the integration and visa liberalization process between Kosovo and the European Union, according to political analysts in Kosovo.

On the whole, far right parties did not meet the expectations of gaining a larger majority, yet in countries such as France, Greece, Italy and the United Kingdom, parties with euroskeptic sentiments managed to triumph.

Out of 751 seats at the European Parliament, the European People’s Party, EPP (a coalition of center-right parties in Europe), came out on top with 179 seats, yet this marked a general decrease in support since the 2014 elections, with EPP losing 42 seats in total. The Progressive Alliance of Socialists and Democrats, S&D, also lost 41 seats, coming out second with 150. The Alliance of Liberals and Democrats for Europe, ALDE, gained 107 seats from 67 in the last elections, and the Greens/European Free Alliance came fourth with 70 seats, winning an extra 20 seats since 2014.

But how will this affect Kosovo’s path towards European integration?

For Taulant Kryeziu, founder of the Prishtina-based European Policy Institute of Kosovo, EPIK, while Monday’s results did not produce any surprises at the European level, they have weakened the two largest alliances in the parliament, the EPP and S&D, who traditionally held the largest share of seats at the European Parliament.

According to Kryeziu, these results may prompt a change of behavior towards the Balkans and Kosovo, especially from one founding member of the EU, France. Within the fifth republic, the right-wing National Rally led by Marine Le Pen won the largest share, with 23.31 per cent of the French vote, beating the incumbent president Emmanuel Macron’s party by less than one per cent.

“If France was hesitant towards visa liberalization before the results of the elections, one can only imagine the pressure on Macron now that he has lost the elections at the European level to Marine Le Pen,” said Kryeziu.

Visar Xhambazi, a researcher at the Prishtina Institute for Political Studies, PIPS, agreed, adding that in Europe, EU enlargement in the Western Balkans is not a popular idea. “Last year in France, the decision not to open accession negotiations with Albania and North Macedonia echoed Macron’s intention to avoid any discussion regarding enlargement before the EU elections,” he said. “Likewise, the postponement of the Western Balkans country reports shows that enlargement is an unpopular topic in Europe.”

Xhambazi believes that Monday’s results have not brought an outcome that can be considered convenient for the region.

For Kryeziu, the best case scenario would be that the end of the year brings a decision to lift the visa regime imposed on Kosovo, but he remains unconvinced. “The new parliamentary institutions will only start making decisions in October, and even if the decision on Kosovo’s visa liberalization is taken with high priority, I doubt it will happen by the end of the year,” said Kryeziu.

Xhambazi believes that the election results will not drastically change the EU’s approach to visa liberalization. “I don’t see the situation getting worse than this, because this is in fact the lowest point. Kosovo is still waiting in limbo until EU bureaucrats feel like they want to make a decision,” he said.

Kryeziu thinks that, although Serbia and Montenegro are front runners from the Western Balkans in the enlargement process, new membership for any country in the region during the next five year mandate looks unlikely.