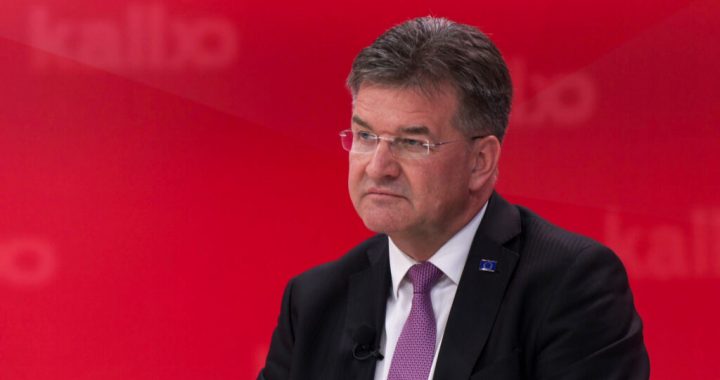 Miroslav Lajcak told BIRN that he aims for a final agreement on normalised relations between Kosovo and Serbia before the EU heads into elections in 2024.

Days after the European Union gave Slovak diplomat Miroslav Lajcak two more years in his post as EU envoy on the Kosovo-Serbia dialogue and Western Balkans issues, Lajcak has set spring 2024 as the deadline for when the two foes have to finally normalize their tense relations.

Lajcak told BIRN the next two years, before the European Union elections, should be used to give the EU-mediated dialogue a fresh impetus.

“We have this window of opportunity which is now less than two years because in May 2024 we have EU elections and there will be different priorities. We have 18 or 20 months, which we need to use,” Lajcak told BIRN in an interview when visiting Pristina this week.

“What we want to see is more frequent meetings of leaders. The chief negotiators are meeting on a monthly basis, and we have already addressed a number of issues. Now I want to see more regular meetings of the leaders, discussion about what normalization means for us and how we get there,” he added.

After years of blockage, the dialogue resumed last year. But since July last year, PM Albin Kurti of Kosovo and President Aleksandar Vucic of Serbia have met only twice in Brussels.

For years, Kosovo and Serbia leaders have traded accusations over which side is most responsible for the failure to implement agreements reached in Brussels since the dialogue process started in 2011, first on technical issues and then involving top political leaders.

Kosovo wants the process to end with mutual recognition. But Serbia, supported by Russia, one of five permanent UN Security Council members, says it will never recognize its former province, which declared independence in February 2008.

Early this month, Germany’s new Chancellor, Olaf Scholz, said during a visit in Pristina that Kosovo and Serbia must recognize each other if they want to join the European Union – but Lajcak who represents the whole bloc, including five EU countries which do not recognize Kosovo, uses more cautious wording.

“Serbia and Kosovo need normalization of their relations. They need to discuss this, they need to discuss what normalization means for them and how to get there, because if you want to join the EU and you [Kosovo] do and Serbia does as well, of course you cannot bring unsolved open issues within the European Union because that would not work. This is why we need to work on this normalization,” Lajcak said.

“I am not sitting here as Miroslav Lajcak, I am sitting here as the European Union Special Representative. I have a mandate from member states. Once I am done with this job, I am happy to come back and speak,” he added.

Last week, Serbian and Kosovo officials agreed a “road map” for the future operations of a Belgrade-backed electricity company that will finally charge consumers in Serb-majority municipalities in northern Kosovo for energy. For years, they have not paid for their power as a result of the logjam between the two countries.

Lajcak called the move “a major step forward”, and said that the road map will clarify how two agreements on energy signed in 2013 and 2015 will be implemented.