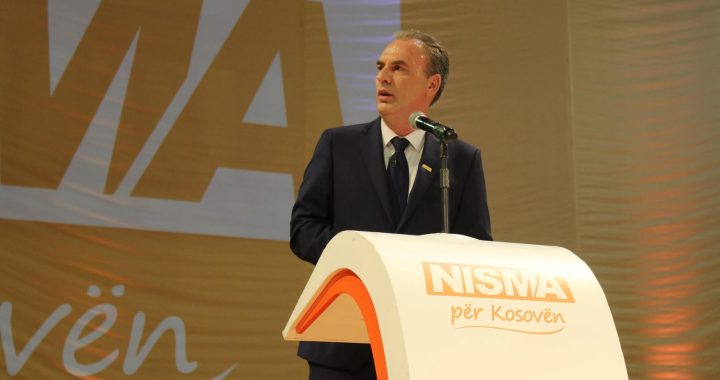 NISMA’s officials continue to be appointed in the predominantly NISMA-run Ministry of Trade and Industry, BIRN discovers.

Veron Selmani, son-in-law of Fatmir Limaj, leader of NISMA, has been employed since March this year at the Ministry of Trade and Industry, whose minister is also a NISMA politician.

Durim Limaj, Fatmir’s son, is also employed at the ministry as an advisor.

Following an investigation by BIRN, it was revealed that Selmani was employed as a consultant for financial issues with a special service contract in March 2018 at the Kosovo Investment and Enterprise Support Agency, KIESA, part of the ministry that aims to promote investment, tourism and exports.

Burim Rreci, general secretary at the ministry, who also used to be part of NISMA, told BIRN that he is part of an agency that answers to the minister, and that it takes time to get hold of information even for him, while also confirming Selmani’s appointment.

“God willing, the department for public communication will respond to you,” said Rraci. “He is employed at KIESA.”

Rraci’s own appointment was opposed by the British embassy when he was chosen as secretary, due to both his membership in NISMA and his failure to show adequate qualifications or experience during the recruitment phase. The British embassy has a memorandum of understanding with Kosovo institutions to assist in the increase of transparency and accountability while recruiting senior staff in Kosovar institutions and avoid political influence by parties.

BIRN asked Rreci if Limaj influenced the employment of his son-in-law, but he did not respond.

BIRN sent questions to the information office at the Ministry of Trade on Thursday, but so far have not received any details about Selmani’s contract.

BIRN contacted the former director of the agency where Selmani works, Besian Mustafa, but he said that he does not remember the details of the employment contract from March.

“Please go through the office for public communication. We receive the questions afterwards,” he said.

BIRN also tried to contact Selmani himself, but he did not respond. Durim Limaj, who was adviser to the minister when Selmani was employed, was also contacted, but refused to answer BIRN’s request for comment.

“Do not call me for these things,” he said.