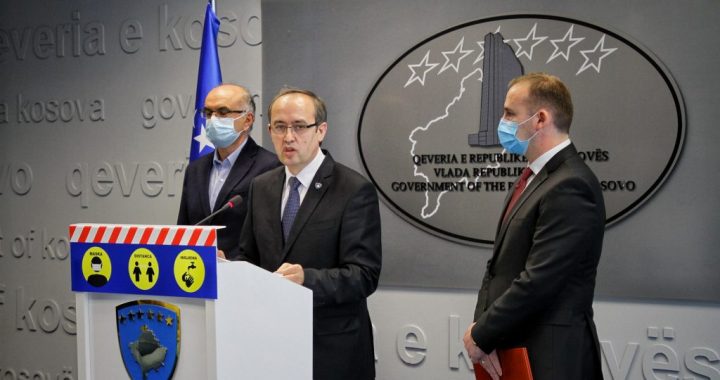 Hoti: Vaccinations to begin in February

Acting Prime Minister Avdullah Hoti stated on Wednesday that vaccinations against COVID-19 will begin in Kosovo in February, with health professionals, over 65s and at-risk groups the first to receive the vaccine.

In a press conference on Wednesday, acting Prime Minister Avdullah Hoti stated that vaccinations against COVID-19 will begin in Kosovo in February, adding that it is planned for 20,000 citizens a day to be vaccinated.

Hoti stated that talks with Pfizer and the Austrian state to provide vaccines to Kosovo had been finalized in recent days, with deals for 535,000 and 600,000 doses agreed upon respectively. He added that an agreement has already been finalized with COVAX to provide 720,000 doses.

The acting prime minister said that the vaccines are expected to arrive in February, when vaccinations will proceed according to a strategy which will be adopted by the government, and prioritize health staff, over 65s and at risk groups.

Head of the National Institute of Public Health, Naser Ramadani added that the vaccine will be distributed to centres across Kosovo and that preparations had been made for the distribution and storage of the vaccine, which needs to be kept at minus 70 degrees.

Minister of Health Armend Zemaj told the press conference that 40 million euros had been allocated for the purchase of the vaccine, which would be provided for free to the Kosovo public.