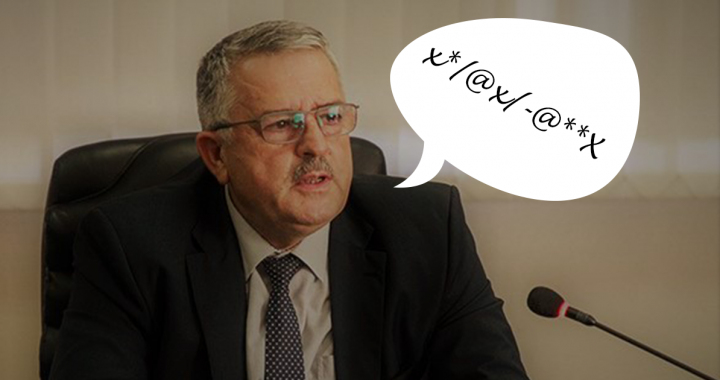 Agim Veliu’s obsession with Vjosa Osmani is just the latest installment in a series of misogynistic episodes featuring Kosovo’s politicians.

In the past 12 months Veliu has already called Osmani [Hashim] Thaci’s translator, accused her of having an opinion contrary to the LDK leadership’s unanimous view, and essentially blamed her for his party’s loss in Podujevo, the city in which he was previously mayor.

Unfortunately, this smear campaign isn’t solely a personal battle of Veliu’s. Several LDK officials have repeatedly insulted Osmani unprovoked over the past few months, having already kicked her out of the leadership of LDK, a party which she has been a member of since she was a teenager.

In August, Besa Gaxheri, an LDK MP, accused Osmani of siding with Vetevendosje when she presides over parliamentary sessions, while less than a week ago, Avdullah Hoti, the caretaker Prime Minister said that Osmani has no political career after leaving LDK. Note to Avdullah: She didn’t leave, she was forced out by your bosses.

This rampage of insults culminated this week, when Osmani told BIRN that she would consider going back to LDK if the current leadership is ousted. This provoked a rather telling response from Veliu, LDK’s deputy leader, who said:

This inherently misogynistic and body-shaming comment was uncalled for and sets a poor example for how a Minister or a member of a party’s leadership should behave. Veliu has been shockingly vile to Osmani all year, which has prompted numerous other members of LDK to disparage and disrespect her.

It is not the first time LDK has been discriminatory towards women, with members of the party’s presidency having previously ordered Donika Gervalla, then leader of LDK in Germany, to be dragged out of an LDK General Council meeting. In 2016, LDK leader Isa Mustafa also insulted women’s rights activists and civil society members, accusing them of ‘grazing on funds’, and adding that they would likely ‘leave their husbands and go to North Korea’.

However, misogyny in Kosovo politics is far from exclusive to LDK.

In 2018, Kadri Veseli, then Speaker of the Assembly, told Albulena Haxhiu, a Vetevendosje MP, to ‘eat him’. When Vetevendosje MP, Drita Millaku called him out for insulting and cursing Vetevendosje MPs for throwing tear gas in the parliament, telling him that if she had seen him cursing she would have shoved the gas canister in his mouth, Veseli responded by saying ‘do you use your mouth a lot?’, once again showing his true colours,.

Another favourite misogynistic saying among our politicians is accusing men of being ‘gra te keqija’ (‘bad women’, or ‘gossips’). It tripped off Veseli’s tongue when he was fighting with then Vetevendosje MP Fisnik Ismaili in 2015, while it also slipped out of current Vetevendosje MP Mimoza Kusari, when she spoke about LDK officials just last week.

Kusari herself has been labelled as a ‘political prostitute’ by the head of PDK in Gjakova, while her colleague in Vetevendosje, Sami Kurteshi, previously labelled former Minister of Justice Dhurata Hoxha a ‘cow’, later adding that he did not regret calling her that.

It appears that if you are a woman and you are a public figure, you are fair game to the male majority in politics who will attack you without hesitation. This also stands true for the one other woman who has served as Kosovo president, Atifete Jahjaga, who was vilified, objectified and attacked in every manner.

A result of a compromise between PDK, LDK, and AKR, and with the brokering of the US Ambassador Christopher Dell, Jahjaga was named a candidate for presidency with no prior political experience, having worked as a police officer for several years. This provoked the ire of fellow politicians and citizens, who dismissed her as being ‘appointed by the Americans’ and for ‘coming out of nowhere’ and constantly criticized her for every mistake.

By the end of her mandate, one graffito in Prishtina depicted Jahjaga in a sexy police officer’s uniform. The image was condemned by civil society, but politicians took their sweet time to react, silently condoning it in the meantime.

It is exhausting to wake up each day and fight sexist attitudes in Kosovo, and it must be even more exhausting to be attacked each day by your fellow colleagues just because you are a woman who had the audacity to be active in public.

Clearly, there has been no improvement in the mindset of ‘veteran politicians’ in Kosovo despite the increasing representation of women in politics, or the amount of work done by women’s rights activists and organizations. This older generation has shown that it is unwilling to learn or change. The only way forward – as Osmani suggested – is to oust them.