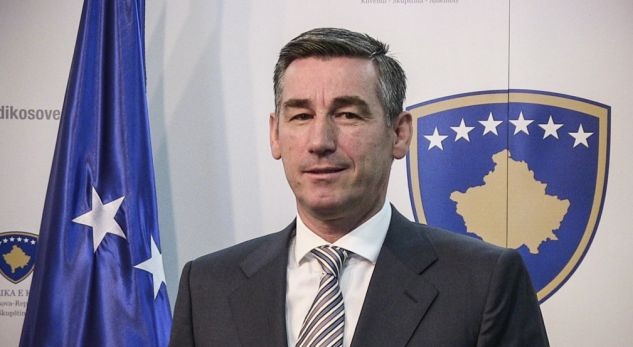 PDK leader and former Speaker of the Kosovo Assembly Kadri Veseli has released a statement revealing that the indictment against him by the Special Prosecution Office has been confirmed.

On Thursday morning, PDK leader Kadri Veseli released a statement indicating that the indictment filed against him by the Special Prosecution Office, SPO, has been confirmed.

Veseli adds that he has made arrangements to travel voluntarily to the Hague, and would be stepping back from his political duties in order to fully concentrate on his defence.

The indictment against Veseli was first revealed by the SPO in June, when it announced that it had filed war crimes charges against the former Speaker of the Assembly. According to the SPO press release, this included “murder, enforced disappearance of persons, persecution and torture.”

On Wednesday, Jakup Krasniqi, former Speaker of the Assembly and former spokesperson of the Kosovo Liberation Army, KLA, was arrested in Prishtina and transferred to the Specialist Chambers in The Hague to face war crimes charges.

Later in the evening, Rexhep Selimi, former KLA commander and the current head of Vetevendosje’s parliamentary group, announced that an indictment against him from the SPO had been confirmed, and that he would travel to The Hague to defend himself against the charges.

In Veseli’s statement, the former head of the KLA’s intelligence agency urged the public to show respect to the judicial process and assist the special court in its operations.

“I know that some people in Kosovo view the Specialist Chambers as an insult to our historic fight to protect the people of Kosovo from the ravages of the Milosevic regime. But I do not see it that way,” the statement reads. “I welcome the opportunity to finally answer the false allegations and rumours that have been circulating for many years.”