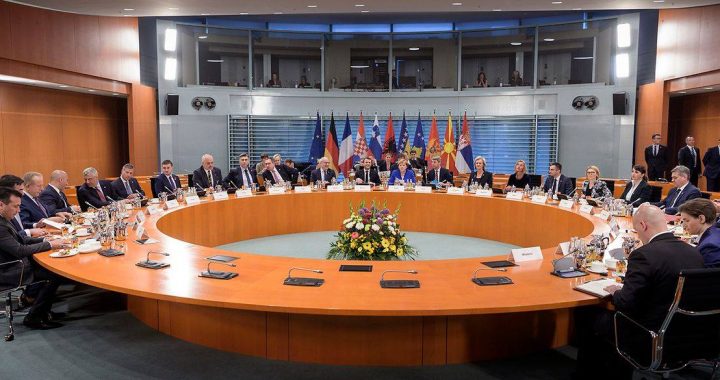 Kosovo and Albania refuse to participate in Sarajevo summit

A two-day regional summit for state leaders in the Western Balkans held in Sarajevo this week will have two empty seats on Monday, as both Kosovo and Albania declined their invitations to attend.

Political officials in Kosovo and Albania announced last weekend that their countries’ representatives will not participate in the South East European Countries Cooperation Process, SEECP, summit, to be held in Sarajevo in Bosnia and Herzegovina across Monday and Tuesday.

Kosovo’s president, Hashim Thaci, cancelled his plan to visit Sarajevo due to what he called  a “denigrating invitation” he received prior to attending the summit from the president of Bosnia and Herzegovina.

“Besides the willingness and readiness to participate in the South East European Countries Cooperation Process summit, the denigrating invitation from the current head of the Bosnia and Herzegovina’s presidency made it impossible for Kosovo’s participation and representation at this meeting,” wrote Thaci.

Thaci hinted that the invitation received by Kosovo was different from that of other states, stating that it failed to refer to the delegation from Kosovo as coming from a sovereign nation. “The minimum that Kosovo demands for a participation is equal treatment with other participating states,” he added.

However, Thaci did not provide any information as to the exact wording that was used to refer to Kosovo within the official invitation.

The SEECP summit aims to increase cooperation in economy, trade, transport and investment in the region. Besides the leaders of the Western Balkans, Turkish President Recep Tayyip Erdogan also confirmed his attendance. The SEECP was launched in Bulgaria’s capital, Sofia, in 1996.

Albania’s foreign minister Gent Cakaj also refused his invitation to participate in the Sarajevo summit as a show of support to Kosovo. “Albania cancels its participation at SEECP summit in solidarity with Kosovo. Its treatment by the organizers is unacceptable and goes against the aim of creating an atmosphere of trust, good neighborly relations and stability. There is no cooperation without equal treatment,” wrote Cakaj.

According to Kosovo media Kohanet, Crdanak said, “This is very weird and incorrect. I don’t know why they have solidarity with Kosovo. With a reaction like this from Albania, I can say that what we have been warned of has been put into motion: a joint foreign policy between Prishtina and Tirana.”

Cakaj and his Kosovo counterpart, Behgjet Pacolli, signed an agreement at the beginning of July to forge a joint foreign policy between the two countries.

Bosnia and Herzegovina, as well as Serbia, continue to reject Kosovo’s consolidation internationally, as well as its independence. In November 2018, Kosovo imposed a 100 per cent tariff increase on goods entering Kosovo originating from both Serbia and Bosnia and Herzegovina. The tariff increase came a day after Kosovo failed to join the international law enforcement cooperation body, Interpol.

Good neighborly relations are one of the key pre-conditions set out by the European Union for countries in the Western Balkans to move towards European accession and integration.