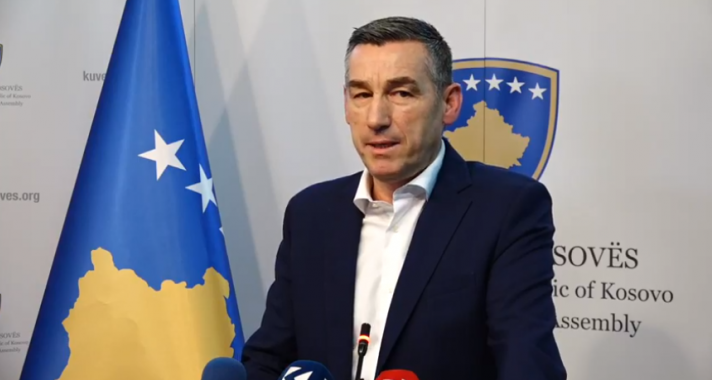 The Presidency of the Kosovo Assembly once again postponed sending the Kosovo-Montenegro border demarcation deal to a vote.

After a presidency meeting on Monday, Assembly Speaker Kadri Veseli said that he requested to postpone sending the demarcation deal to the Assembly.

“We had a general agreement on this, except for LDK [Democratic League of Kosovo], who insisted to add it to the agenda immediately… We are working together very seriously in order to have it,” Veseli said.

The agreement was reached between Kosovo and Montenegro in 2015 but has not been ratified by the Kosovo Assembly. The deal has been a contentious issue in Kosovo for years and is one of the EU’s requirements for Kosovo’s visa liberalization.

“It has been almost three years of the subject being thrown around. This [governing] coalition was formed to make big decisions. It is obvious that this coalition is obliterated. The country does not need such a government anymore,” he said.

“The main item for Thursday’s session should have been the demarcation deal, but governing parties postponed it, which is pitiful,” Hoti said.

Veseli spoke about a dinner organized by Behgjet Pacolli, Deputy Prime Minister of Kosovo and president of the New Kosovo Alliance, AKR, at which he invited institutional leaders and cabinet ministers.

The dinner, which was held at Pacolli’s villa in Hajvalia, was only an informal Sunday get-together according to Veseli.

“The dinner was on a Sunday. It was an informal meeting… The meeting was part of a routine between institutional representatives where Kosovo’s interests are dealt with,” Veseli said.

“It is in no way a transfer of institutions to informal settings. On the contrary, the fact itself that all institutional leaders are gathering is pertinent to the seriousness regarding the citizens’ interests,” Veseli said.

Veseli did not give a concrete answer about whether they came to some kind of agreement regarding the demarcation deal, considering that AAK’s Ramush Haradinaj and his party are against the deal supported by Veseli and PDK.