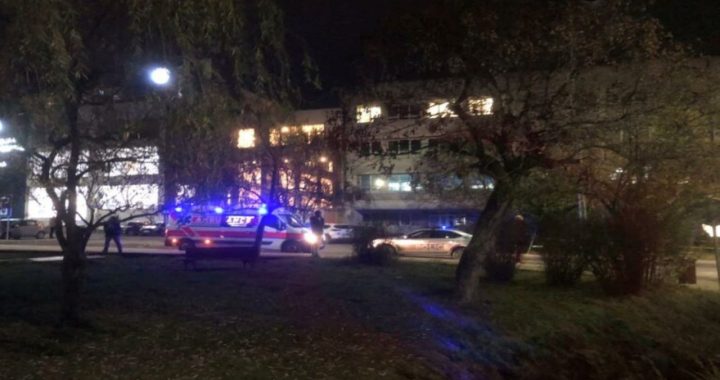 A pregnant woman who had received a protection order from the courts was murdered in front of the Gynecology Clinic in Prishtina – in what looks like another institutional failure to prevent femicide.

Kosovo is mourning a second murdered woman in one week. The 35-year-old was killed on Wednesday night while waiting to give birth in the coming days in front of the Gynecology Clinic at the University Clinical Center of Kosovo, UCCK, in the capital, Prishtina.

Police are now looking for the suspect, her husband, against whom the victim had taken out a protection order from the court of Ferizaj/Urosevac.

The woman is suspected to have been shot three times; police identified three bullet casings at the crime scene.

The Minister of Justice, Albulena Haxhiu, announced on Wednesday that on Thursday morning, “the interministerial group will gather to report each institutional action” in the murder case.

“The fight against femicide can be difficult but we dare not lose hope but must unite as institutions and as a society to fight femicide that is taking women’s lives,” Haxhiu wrote on her official Facebook account.

Several protests have been announced for Thursday. The biggest women’s rights NGO in the country, Kosovo Women Network, announced a protest in front of the UCCK, at noon.

A group of feminist activists, the Collective for Feminist Thought and Movement, also announced a protest on Thursday, saying the murder of women “is not a private issue. It is a political issue, the result of structural violence and oppression of women”.

In fact, the woman was known to the authorities. In early August, an indictment for intimidation against the husband was filed at the Ferizaj/Urosevac court.

The same court had filed a protection order against the same person. The order, which prohibited the husband from getting close to the now victim, was in force at the moment of the murder.

In July, the woman had reported him to the police in Ferizaj/Urosevac for domestic violence. The regional director of the police in Ferizaj/Urosevac, Basri Shabani, told BIRN: “We had a case of domestic violence reported … We handled the case and the matter was sent to the prosecutor’s office. The victim did not agree to go to a shelter and of her own accord was sent to her family in another municipality”.

Shabani said the Ferizaj/Urosevac police did not have the protection order issued by the court in this case.  “At least we in Ferizaj … have not had any decision for a protection order,” he said.

This was the second femicide in Kosovo within five days. A 70-year-old man murdered his 63-year-old wife, an elementary school teacher, in Pristina on November 25.

The spokesperson of the Pristina Basic court, Mirlind Gashi, told BIRN that on November 26, “the pre-trial judge ordered one month’s detention” for the man who had surrendered one day earlier.