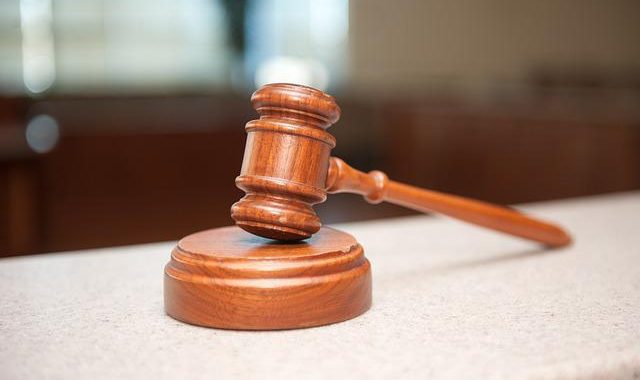 Hundreds of court sessions were postponed in protest against government decision to reduce salaries for judges and prosecutors.

Some 429 court sessions were not held in less than a week in the Basic Courts of Prishtina, Prizren and Ferizaj, as well as in their branches, following the decision to reduce salaries for judges and prosecutors.

On November 23, the government reduced the salaries of prosecutors and judges to their pre-2017 level, when the government of former Prime Minister Ramush Haradinaj increased them.

Over four days, 188 sessions were canceled in the Basic Court of Prizren and its branches. The court spokesman, Marcel Lekaj, told BIRN that on November 24 alone, 43 sessions were postponed.

“On the basis of the electronic system, in the Basic Court in Prizren and its branches, on the date 24.11.2022, 43 court hearings that were scheduled were postponed,” Lekaj said.

He clarified that on November 25, another 17 court hearings that were scheduled were also postponed.

“On November 29 and 30, 128 sessions were postponed. In total, according to court data, 188 hearings were canceled in four days,” Lekaj said.

Meanwhile, in the Basic Court of Prishtina, on November 29, 113 court sessions failed to take place.

The court information officer, Mirlinda Gashi, told BIRN that only six hearings were held on Tuesday.

“We can inform you that following the decision of the Kosovo Judicial Council […] dated November 24, 2022, today in the Basic Court in Prishtina and its branches, 113 hearings were postponed while six sessions were held, determined on the basis of the list of essential services by KJC,” Gashi said.

In the Court of Ferizaj and its branches in Kaçanik and Shtërpcë, since November 24, 128 court sessions have failed, BIRN data shows.

The proposal to reduce salaries was first made in 2020 by the Prime Minister, Albin Kurti, who called the previous government’s pay awards illegal.

In protest, the KJC has decided to reduce work and continue only essential services.

This situation, according to the KJC, will last until December 8. The KJC has warned that if the government does not cancel the decision of November 23, it will decide on other measures on December 8.

The Association of Prosecutors has also requested that the decision of the government concerning justice sector pay be annulled.

“The Association of Prosecutors of Kosovo requests annulment of the decision of the government … to halve the salaries of prosecutors,” it stated in an announcement.

The association has also supported the decision of the Prosecution Council to limit the work of prosecutors to essential services only.

In December 2017, Former Prime Minister Haradinaj signed a decision to award himself an almost 50-per-cent pay raise, a move that was widely criticized.

In a jocular rebuttal, he said he needed the money to buy “shirts and ties,” which prompted some citizens to playfully collect and donate around 300 ties to the Prime Minister.

Haradinaj suspended his decision to give himself and his cabinet salary raises following pressure from the Kosovo Assembly and the Anti-Corruption Agency.

However, this decision, taken on February 12, 2020, did not affect the justice system and the Constitutional Court.