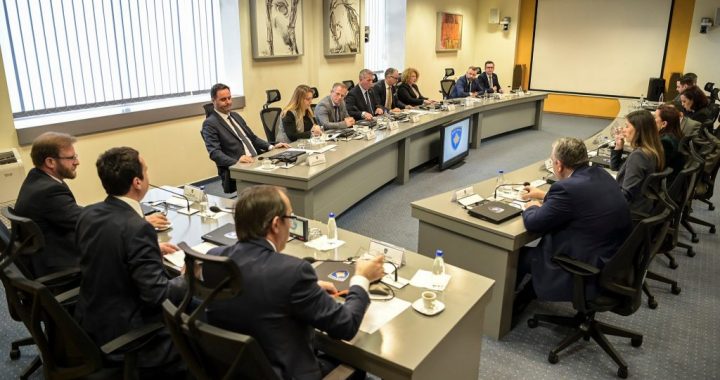 Following a meeting on Wednesday morning, the Kosovo Government has issued a reversal of the decision to increase the salaries of top level government officials made in December 2017 that doubled the monthly wage of former PM Ramush Haradinaj.

The Kosovo Government voted in favor of decreasing the monthly salaries of a number of its officials in a meeting on Wednesday, from high level cabinet members, advisors and the prime minister to drivers and bodyguards employed by the Kosovo Government.

Decreasing the salaries for a total of 23 governmental positions, Wednesday’s meeting partially reverses a decision approved by the previous administration led by former Prime Minister Ramush Haradinaj. The decision, which increased the salaries of members of the executive and the justice sector in December 2017, saw Haradinaj’s own salary double from 1,500 euros per month to 2,950 euros.

“I propose to abolish the decision of the Government which changed the rates of these salaries. They should return to their previous levels,” Kurti said during the government meeting.

Haradinaj’s decision garnered widespread criticism from both the public and Kosovo politicians. Then-MP and current Minister of Justice Albulena Haxhiu said that Haradinaj increasing the salaries of himself and his cabinet was “a crime” capable of interfering with the competencies of the Kosovo Assembly.

In January 2018, a group of 30 MPs sent Haradinaj’s decision to the Constitutional Court, arguing that it was unconstitutional. The court ruled in June 2018 that increasing his own staff’s salaries did not break the law.

Haradinaj reacted to the reversal of his decision, calling it “senseless,” and criticizing the new government for “unnecessary populist action that, in reality, will not bring any effective change.”

On Wednesday, Haxhiu praised the new government’s decision. “This is a message that Kurti’s government will be at the service of citizens, and not itself,” she said on Facebook following the meeting.

However, Haxhiu added that Wednesday’s decision will not decrease the salaries of Kosovo prosecutors and judges, which were also raised through Haradinaj’s December 2017 decision.

During Wednesday’s meeting, proposals of the new government related to Kosovo’s foreign policy plans were also made. Kosovo’s foreign minister Glauk Konjufca proposed that Kosovo’s application to the the international police cooperation organisation, Interpol, should be delayed until 2021.

This year’s Interpol General Assembly will be held in Uruguay, a country that has not recognised Kosovo. According to Konjufca, the 2021 meeting will be held in Turkey, which has consistently supported Kosovo in its membership bids to various international organisations. Kosovo’s attempt to join Interpol failed during its General Assembly held in Dubai in November 2018 after being unable to secure the approval of two thirds of member states.

After the meeting concluded, Kurti did not hold a press conference to address questions from the media, a common practice during the previous government administration led by Haradinaj.