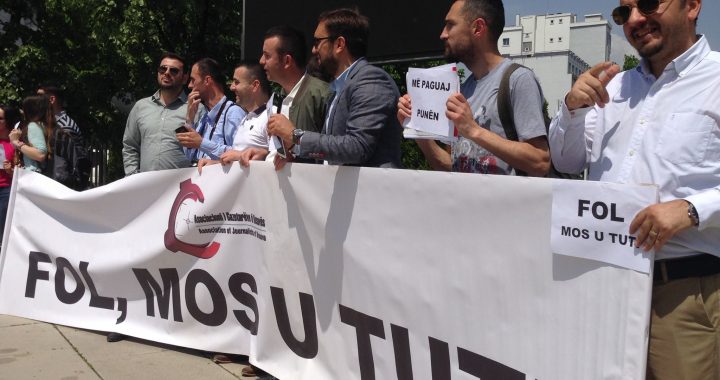 Kosovo has moved up 4 places in the global rankings on freedom of the press published by Reporters Without Borders, RSF earlier today.

Kosovo’s level of media freedom was ranked 78th out of 180 countries in the Reporters Without Borders Press Freedom Index 2018, an improvement of four places since 2017.

However, Reporters Without Borders, an international NGO working to mobilize support for freedom of the media and challenge governments and legislation that suppress it, , did not provide a wholly positive reflection on progress of press freedom in Kosovo.

The report outlined some improvement in relations between the media and the new government formed in September 2017, noting that “the current government nonetheless seems readier to talk with journalists and the media as a whole, unlike the two previous governments, which were much less open to dialogue.”

Despite this, the analysis criticized Kosovo Prime Minister Ramush Haradinaj’s statements after his election that journalists in Kosovo needed to “go back to school” or “learn how to properly read in English,” followed by a refusal to answer journalists’ questions on US involvement in the demarcation agreement with Montenegro.

These statements were heralded as “offensive to journalists” by the Kosovo Association of Journalists, AGK, who in a statement requested Haradinaj to “cooperate with journalists and to intensively work towards increasing governmental transparency and cooperation with the media.”

In May 2017, AGK, in cooperation with the Press Council of Kosovo, held a demonstration to mark World Freedom of the Press Day, campaigning against the spread of censorship of the press and in favor of improved labor rights for Kosovo media.

Further, the RSF report condemned the attacks made against leading investigative journalists Vehbi Kajtazi and Parim Olluri, editor-in-chief and director of the news outlet Insajderi, stating that criticism of the government and its close allies as the incentive behind the attacks.

Kosovo’s improved ranking is coupled with a general decrease in press freedom in Europe as a whole in 2018, the continent seeing a marked deterioration in safety for journalists in the past year.

In the Balkans, Albania fell one place to 75th, the report condemning inflammatory remarks against journalists from Albanian Prime Minister Edi Rama.

Serbia’s Index ranking faced the worst fall in the region, moving down 10 places to 76th.

“The climate in Serbia has grown more fraught since Prime Minister Aleksandar Vucic was elected president in 2017,” the report said. “He uses the pro-government media to intimidate journalists, who are accused of ‘treachery’ and ‘being spies in foreign pay.’.”