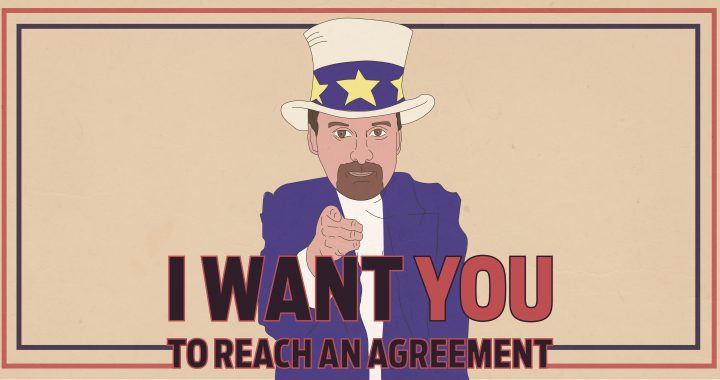 Kosovo is moving back onto the US radar

The last four US administrations have made their mark on Kosovo, and news of a newly-appointed Special Envoy to the Balkans signals that it is the Trump administration’s turn to shoot their shot and finalize deal between Kosovo and Serbia.

“Solution of the issue of Kosovo is very high on my agenda. We have a possibility and we want to use it,” said the newly-appointed Special Envoy to the Balkans, Matthew  Palmer, who was chosen by the US State Department to head foreign affairs in the Balkans on August 30.

Palmer’s appointment comes at a time when Kosovo-Serbia negotiations are at a standstill. Serbia has launched a derecognition campaign pushing countries that have recognized Kosovo to withdraw their affirmation of Kosovo’s sovereignty. Thus far, there have been reports that more than ten countries have done so. Kosovo also failed to join prominent international organizations such as UNESCO and Interpol as a result of Serbia’s campaign against Kosovo’s bids for membership. In response, Kosovo has retaliated with a 100 per cent increase in tariffs against Bosnian and Serbian goods in November 2018.

The deterioration of the situation seems to have alarmed American diplomatic officials. It is becoming clear that only a coordinated US-EU approach can help shape a final deal between the two foes. The appointment of Palmer signals more US commitment to the dialogue, and it seems the US and EU may together produce the needed synergy to finally seal a deal between Kosovo and Serbia.

On the other hand, the reality on the ground may exacerbate even the most dedicated of efforts from international allies. Serbia has not shown the slightest sympathy for the tragedies and the victims of the Kosovo war. A Serbian apology seems out of the question. History shows that no sustainable peace agreement can be forged without dealing with the past. Despite this, the EU, in an attempt to keep Serbia out of the circle of Russian influence, has accommodated Serbia at Kosovo’s expense.

Serbia continues to be Russia’s main ally in the region, maintaining close ties and receiving weapons to support their military. In the meantime, Serbia has opened several new EU acquis communautaire chapters, steps that must be taken by aspiring countries in order to become a fully fledged EU member state. In addition, Serbia refused to participate in enforcing EU-led sanctions against Russia and is expected to join the Euroasian Economic Union in October, despite the EU’s calls not to do so.

The US has not employed a special envoy to the Balkans since 1999. Richard Holbrooke spent years in the Balkans, playing an important role in attempts to de-escalate the conflict brewing between Kosovo Albanians and the former Yugoslavia as well as in 1995 Dayton Accords in Bosnia and Herzegovina.

The declaration of independence that followed in 2008 was not the end of the story for Kosovo. Lack of membership in prominent multilateral organizations and the absence of a final deal with Serbia has pushed Kosovo into international limbo. Kosovo remains unfinished business and the US is willing to change its course using the appointment of a Balkans envoy, a significant move concerning the role that Holbrooke played in the past.

However, the political situation on both sides of the Atlantic has changed dramatically since Holbrooke was in the Balkans. While, historically, committed US involvement in international diplomacy and successful results have gone hand in hand, the future with a Trump administration taking the lead in negotiations is not so clear, considering his unorthodox approach.

From Bush to Bush: A bipartisan approach

Looking back to the early years of US involvement in Kosovo, the first US reaction against the systemic violence in Kosovo came from George H. W. Bush, something that was later known as the Christmas Warning. “In the event of conflict in Kosovo caused by Serbian action, the United States will be prepared to employ military force against the Serbians in Kosovo and in Serbia proper,” the US president wrote in a letter to Slobodan Milosevic on December 25, 1992.

The Bush warning was reiterated by the Clinton administration within a month of taking office in 1993, when the new US Secretary of State Warren Christopher stated, “We remain prepared to respond against the Serbians in the event of conflict in Kosovo caused by Serb action.” The warning had an effect in delaying the war in Kosovo, but the conflict would eventually recommence.

In the late ‘90s, when the situation in Kosovo was deteriorating and violence escalating, Richard Holbrooke went to Belgrade and demanded Slobodan Milosevic to withdraw his forces from Kosovo and come back to the bargaining table. On the eve of the March 1999 NATO bombing campaign in Kosovo that would lead to his downfall, Milosevic pleaded with Holbrooke, “Don’t you have anything more to say to me?” Holbrooke thought for a moment and deadpanned, “Hasta la vista, baby.”

The constant disregard of the international community, the unwillingness to discuss solutions, the continuation of war crimes and huge violations of human rights left Western nations with no other alternative but to intervene in Kosovo.

Kosovo then began its long process of statebuilding, and the US decided to slowly retreat from the Balkans, allowing various international organizations to take charge.

Negotiations were underway led by UN special envoy Martti Ahtisaari regarding Kosovo’s final status, and in February 2007, Ahtisaari unveiled his report, which  envisioned the independence of Kosovo after a period of “supervised” independence.

The plan was not approved by the UN Security Council, but the US wanted a resolution to the Kosovo issue. On July 10, 2007, George W. Bush made a landmark visit to Albania, being the first American president to visit the former communist state. President Bush used this visit to show support for the UN’s plan for Kosovo’s independence. “At some point in time, sooner rather than later, you have got to say enough is enough. Kosovo is independent and that is the position we have taken,” he said. Next year, on February 17, Kosovo declared independence.

Obama to Trump: A paradigm shift?

In 2012, the supervision of Kosovo’s independence came to an end. President Obama hailed the end of supervision as a “historic milestone,” however, Obama himself never engaged with the Balkan region.

Despite Obama’s failure to have a role in Kosovo diplomacy, US support for Kosovo was always present. Hillary Clinton, who served as the US Secretary of State during the Obama administration, made this position clear. “We oppose any discussion of territorial changes or reopening Kosovo’s independent status,” Clinton said during a meeting with Kosovo’s then-prime minister, Hashim Thaci. “These matters are not up for discussion. The boundaries of an independent, sovereign Kosovo are clear and set.”

However, it turns out that borders actually were up for discussion. According to reports, the current presidents of Kosovo and Serbia, Thaci and Aleksandar Vucic respectively, engaged in secret talks regarding land swaps or border correction in order to reach a final deal. This idea was rejected by local people at large and most of the internal leaders.

The US presidential elections in 2016 resulted in a fundamental shift in US politics and beyond. The election of Donald Trump brought further skepticism of future US success in Kosovo. John Bolton, national security advisor to President Trump, said the following in August 2018: “Our policy, the US policy, is that if the two parties [Kosovo and Serbia] can work it out between themselves and reach agreement, we don’t exclude territorial adjustments.”

Although it was highly unexpected that President Trump would have even the slightest focus on the Balkans, he made a surprising move in December 2018 by sending personal letters to the presidents of Kosovo and Serbia, urging them to reach a compromise and offering the possibility of a joint White House invitation. “Failure to capi­tal­ize on this unique opportunity would be a tragic setback, as another chance for a comprehensive peace agreement is unlikely to occur again soon,” Trump wrote to Kosovo President Hashim Thaci.

Moreover, Washington now plans to restart talks between Kosovo and Serbia by appointing Palmer, who also serves as the US Deputy Assistant Secretary. The appointment of Palmer signals more US commitment to the dialogue and the inclination to revive the American role in the Balkans.

Washington’s reengagement with the region comes as a result of the EU’s failure to broker a final comprehensive deal between Kosovo and Serbia. The EU, whose role in Serbia-Kosovo normalization has insofar been crucial, not only failed to push the governments of Kosovo and Serbia to reach a comprehensive normalization agreement by the end of the last European Commission’s mandate in 2019, but did not even succeed in bringing them back to the negotiating table.

It is worth noting that Trump’s America is not Clinton’s America. The US continues to be the world’s superpower, but its influence is waning. Trump’s ‘America First’ policy has deteriorated the US’s relationship with its European allies.

Russia continues to exploit the Kosovo issue by drawing parallels with disputed territories such as Crimea, South Ossetia and Abkhazia. Thus, finalizing a deal could be a good mechanism to move Serbia out of the Russian sphere of influence.

Palmer’s skills as a diplomat will depend largely on support from the Trump administration as well as a coordinated approach between the US and EU. However, the appointment of Palmer comes at a time when the US-EU relations are tenuous, despite new American commitment to the Balkans. This means that Palmer does not have a free ride as his predecessor Holbrooke in the 1990s.

As a political move that tends to signal commitment to the region, appointing a special envoy shows US inclination to solve the ‘Gordian Knot’ of the Balkans, something that Kosovo’s strongest international ally is yet to attempt. The US is aware that a final deal between Kosovo and Serbia will pave the way for a sustainable future for the whole region.

In spite of the many reservations, it is possible that with the US’s firm hand, the Brussels negotiations can be pushed closer towards a final deal in the future.