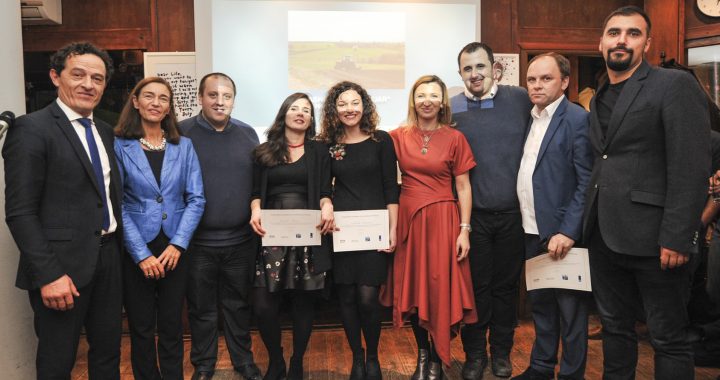 Over 20 journalists submitted stories to be considered for awards for journalistic excellence, under the project “OmbudsWatch – Promoting Ombudsperson’s role in Kosovo.” Winners were announced on Friday for the three best pieces of reporting on human rights issues in Kosovo.

The project, organized BIRN Kosovo and the Advocacy Center for Democratic Culture, ACDC, and supported by the Embassy of the Netherlands in Kosovo, aims to highlight journalistic pieces–TV, print, and online media–that address abuses against the rights of minority communities, women’s rights, and LGBT rights.

“We launched this human rights award for journalists due to the important role media plays in society… media has a specific role to play, but also has an obligation and a task to do it responsibly and professionally,” said Gerrie Willems, Ambassador of the Netherlands to Kosovo, while opening the award ceremony.

The article delved deep into the issue of vaccinations in Kosovo, after news broke this fall about the death of a child, presumably caused by measles. The article looks at how the issue impacted the Roma, Egyptian, and Ashkali communities, especially in Fushe Kosove, where lower vaccination rates and higher infant mortality rates are present, and how these issues are intertwined with poverty and unemployment.

Second place award went to Leonida Molliqaj’s article “The Men’s campaign,” published by Preportr (an English version of the article was translated and reposted on Prishtina Insight).

The article offered unique statistics in Kosovo regarding to what extent Kosovo’s political parties committed to advancing and empowering the role of women in public institutions, including their roles within their own parties. The article, which focused on the June 2017 general elections, explored how parties privilege men in campaign financing, public debates, and electoral lists.

The author tackled the sensitive story of violence towards women and offered concrete recommendations for combating the issue. The story has also presented an overview of the situation in northern Kosovo, including problems that result from a lack of a safe center for addressing domestic violence.