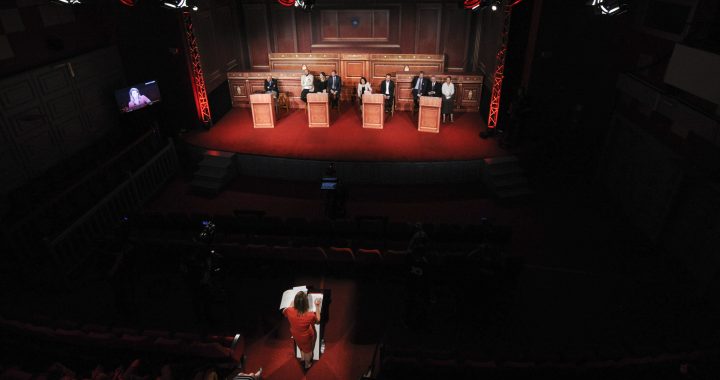 The Kosovo Association of Journalists issued a reaction condemning the PDK-AAK-NISMA coalition's demand for more airtime than their political rivals in election debates.

By Thursday, NISMA representative Shyqiri Bytyqi also participated in the debate on the state budget.

On Friday, the Kosovo Association of Journalists, AGK, issued a public statement criticizing the PAN coalition.

“The AGK considers the request of the PDK-AAK-NISMA coalition to be represented as political parties and not as coalitions in public debates as a direct attempt to influence the work of the media,” the AGK wrote in a statement.

“Although this is not technically a legal violation, the request of PDK, AAK, and NISMA parties to consider the PAN coalition differently from other parties is nevertheless an unjust request and an attempt to impose editorial policies, and at the same time a demand to violate legal provisions that ensure equal representation of all entities certified by the Central Election Commission,” the statement reads.

“Such an attempt to influence editorial policies of independent media is unacceptable and greatly violates the right of the audience to be informed in a correct and independent way… the AGK expects PAN to review its demand and accept an equal debate with all other parties that are running in the early parliamentary elections.”

The statement concludes with a call for the PAN coalition to participate in electoral debates and for media organizations to remain independent and impartial.

“Kosovo citizens deserve to see a clash of ideas, arguments, and programs between the certified subjects and in this period media should not fall prey to pressures from specific parties or coalitions.”