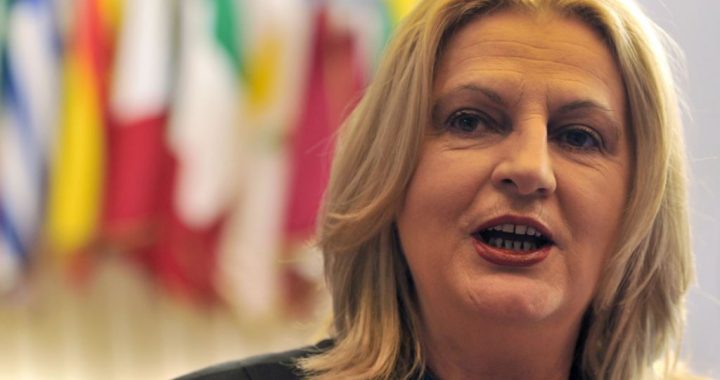 The head of Kosovo delegation, Edita Tahiri, finds Vucic’s initiative for ‘an internal dialogue’ about Kosovo, an attempt to seek reconciliation without an apology.

Kosovo’s departing Minister for Dialogue, Edita Tahiri, is suspicious about the seriousness of the initiative suggested by the Serbian President Aleksandar Vucic.

On July 24, President Vucic called for “an internal dialogue” in Serbia about the issue of Kosovo in an op-ed published by the Serbian daily Blic. In the article, Vucic told his nation “to stop burying its head in the sand” and “try to be realistic” when it came to Kosovo.

While the suggestion was well received by the Albanian Prime Minister, Edi Rama, it found less support in Serbia and in Kosovo, which is still in the process of establishing the Assembly and new government.

“What I have seen from the dialogue so far, neither the Serbian President, the Foreign Minister, nor any other government officials have mentioned the war, genocide, or an apology,” said Tahiri, who has led the Kosovo delegation in the Brussels-facilitated dialogue between the two countries since 2011.

“The Serbian government is trying to see Kosovo-Serbia relations outside the context of the Serbia’s genocidal war in Kosovo. If they do not take this element into account, they won’t be able to carry out a dialogue in Serbia that will points to the permanent solution, which is also a solution for the future of the upcoming generations,” Tahiri added.

Tahiri considers Vucic’s gesture as an attempt to rebrand Serbia in the eyes of the world, all the while receiving arm shipments from its political ally, Russia.

“To Western ears Serbia proclaims eagerness for dialogue, peace, and neighborly relations with Kosovo, while on the other hand it is armed by Russia,” said Tahiri adding that these developments are worrisome.

“With a warmongering language, like that of Dacic’s, Serbia cannot be the one to contribute towards peace and neighbourly relations with Kosovo,” concluded Tahiri.