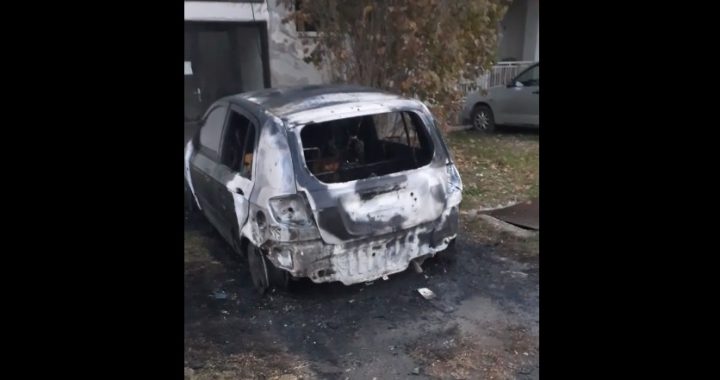 Interior Minister Xhelal Svecla has said that results are expected from the incidents that took place in the north of the country, such as attacks on police officers and burning of cars.

“Based on the information I receive, I am convinced that very soon there will be results in addressing the criminals who participated in these attacks. Intensive investigations are being carried out,” said Minister Svecla.

According to the minister, the police is investigating each case separately.

“As a result of this, we have already had the first results in the fight against the groups involved in smuggling. This does not deny that they are the same groups,” Svecla added.

On Tuesday, police confirmed that in the early hours of the morning, another car belonging to a Serbian citizen was burned in the north.

The deputy director of the Police for the North Mitrovica region, Besim Hoti, told BIRN that the burned car had Serbian license plates.

“The car was burned in the north with Serbian license plates. The complainant is a Serb, an ordinary citizen,” said Hoti.

The attacks on cars started after the government started to implement the plan in three stages for the re-registration of cars with illegal number plates issued by Serbia.

Initially, the government decided that for 21 days citizens who owned cars with illegal license plates would be given reprimands. After this, there would be fines for another two months, and then trial license plates.

Implementation of the plan is expected to end on April 21. From that date, only cars with Kosovo-issued RKS license plates will be allowed in circulation.

In the mainly Serbian northern municipalities of North Mitrovica, Zvecan, Leposaviq and Zubin Potok, it is estimated that up to 10,000 vehicles have illegal Serbian-issued license plates.

These bear Serbian acronyms for the cities of Kosovo, such as: KM, GL, PR, UR and others.

In recent weeks, Serbs who are re-registering cars with RKS plates have been targeted. Kosovo institutions have blamed “illegal extremist groups” for these incidents.

By the end of October, it is believed that only around 20 cars with illegal Serbian license plates had been equipped with RKS license plates.