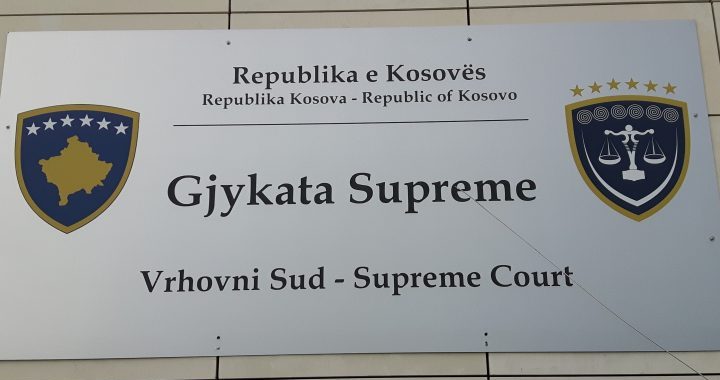 The Kosovo Supreme Court overturned two decisions by the Elections Complaint and Appeals Panel to send Prishtina and Prizren to a recount. Update: vote count will be resumed on Sunday.

The panel of judges of the Supreme Court approved Vetevendosje’s complaints against the decisions of the Elections Complaint and Appeals Panel, ECAP, to send all ballots boxes in the municipalities of Prishtina and Prizren to a recount.

The party, which is currently in the lead in both municipalities, submitted two complaints yesterday against ECAP’s decisions, claiming they were unjustified.

ECAP’s decision to “recount and re-evaluate” all ballot boxes, including invalid, damaged and empty ballots, halted the count for conditional ballots and votes sent by mail from abroad.

The Supreme Court’s decision makes way for the count of conditional ballots in the two municipalities to finally begin.

Meanwhile CEC spokesperson Valmir Elezi confirmed that the vote count would be resumed on Sunday.

Update November 25, 2017: Quoting CEC president Valdete Daka, a previous version of this story stated that the count will be resumed on Monday. Since then, CEC has informed that it will continue the count on Sunday.