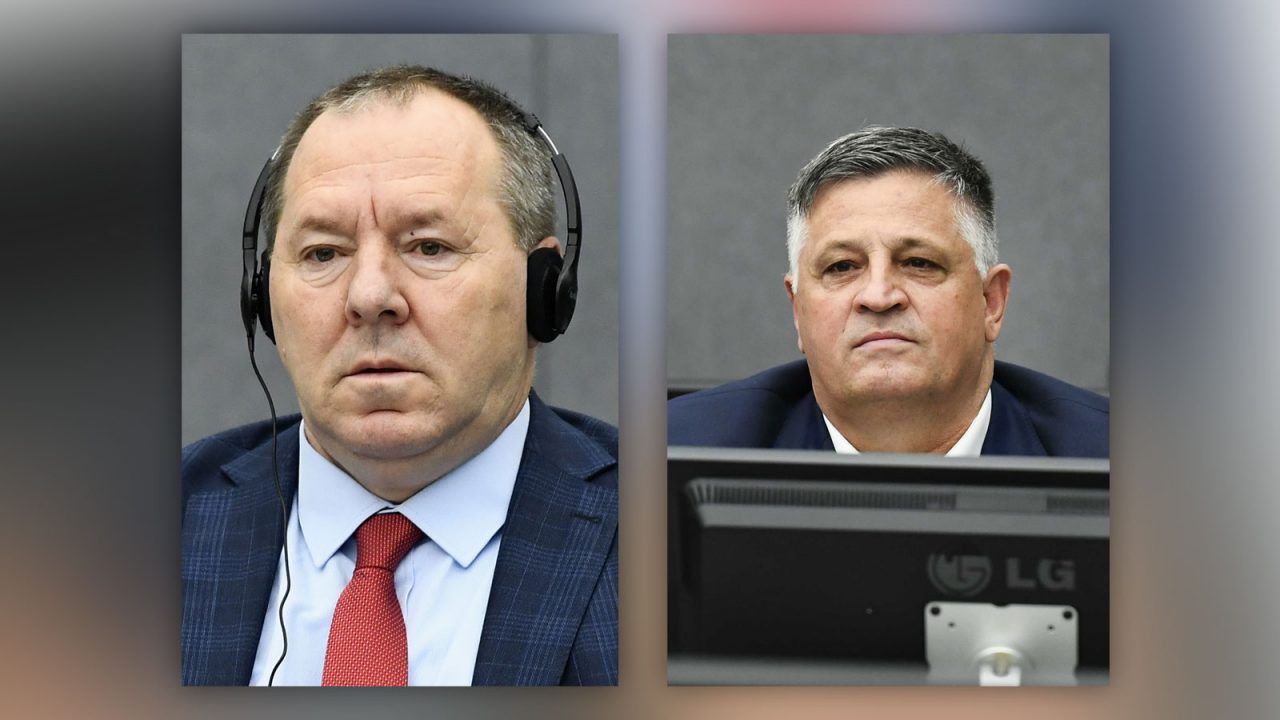 The Kosovo Specialist Chambers in The Hague on Wednesday found the leader and deputy leader of the Kosovo Liberation Army War Veterans’ Organisation, Hysni Gucati and Nasim Haradinaj, guilty of obstruction of justice, intimidation and the unauthorised revelation of court information and personal information about protected witnesses in war crimes cases.

Gucati and Haradinaj were each sentenced to four-and-a-half years in prison, with the sentence to take into account the time they have spent in detention from September 2020. They were also fined 100 euros each.

Presiding judge Charles L. Smith III told the court that they had been found guilty of “obstructing official persons performing official duties by serious threat” and “intimidation during criminal proceedings”.

The two men were prosecuted after they received batches of legal documents leaked from the Specialist Chambers, which contained confidential information about protected witnesses in cases against KLA ex-guerrillas.

Boxes of court documents were left in the hallway of the offices of the KLA War Veterans’ Organisation in September 2020. The files contained the names and personal information of potential witnesses in war crimes investigations at the Specialist Chambers.

Gucati and Haradinaj then held press conferences to publicise the leaked files and urged media in Kosovo to publish extracts from them.

The judges concluded that Gucati and Haradinaj’s intention was to reveal protected information.

“The accused made clear their intention to disobey the orders of the Specialist Chambers and the SPO [Specialist Prosecutor’s Office] and claimed they wanted to damage the court,” judge Smith said.

The Kosovo Specialist Chambers were set up to try former KLA fighters for wartime and post-war crimes from 1998 to 2000, including murder, torture and illegal detentions. Witness protection has been a key concern for the so-called ‘Special Court’ after incidents of witness-tampering at previous trials of KLA commanders.

After Wednesday’s verdict was handed down, the acting leader of the KLA War Veterans’ Organisation, Faton Klinaku, told media that “this Special Court is a political court”.

“We have not recognised and will not recognise this court. We will hinder it from functioning in any way we can because it does not prosecute war crimes but prosecutes Albanians,” Klinaku said.

Wednesday’s verdict was the first to be handed down by the Specialist Chambers. It was a first-instance ruling and can be appealed.