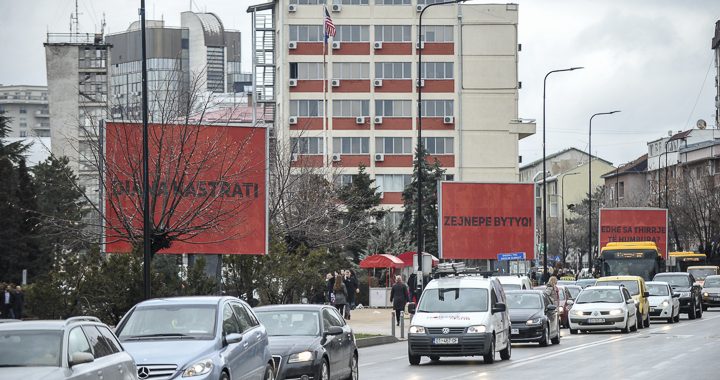 “How many more missed calls?” “Diana Kastrati” and “Zejnepe Bytyqi,” read the inscriptions on three billboards on Luan Haradinaj street, where the Kosovo Police Headquarters is located in Prishtina. The billboards, created by the Haveit Collective in reference the murders of Diana Kastrati and Zejnepe Bytyqi, who were killed by their husbands, seem to be a jab at the Kosovo justice system, which failed to respond in time to save the victims. Kastrati and Bytyci had reported their husbands for domestic violence multiple times, yet were murdered.

The Basic Prosecution in Gjakova issued an indictment against Pjeter Nrecaj for the murder of his former wife and nine year-old daughter in early August.

A press release issued today by the Kosovo State Prosecutor’s Office confirmed that Pjeter Nrecaj was indicted for killing his former wife, Valbona Nrecaj, and his nine year-old daughter in Brekoc, Gjakova on August 7.

“The accused went to the victim’s brothers’ house, shooting in the direction of the house with an automatic rifle, as well as shooting his wife and daughter, who later died from the injuries,” the press release reads.

Nrecaj was accused of aggravated murder and unauthorized possession of firearms.

Earlier this month, the Police Inspectorate of Kosovo, IPK, proposed the suspension of three policemen of the Gjakova police station as part of an investigation into their alleged negligence regarding Valbona Nrecaj’s and her daughter’s murder.

Nrecaj had issued complaints about her husband before, at which point the police offered her shelter, yet victim protection officers were not called to deal with the threats prior to the murder. The victim had sought help from the Gjakova police five hours before the incident.