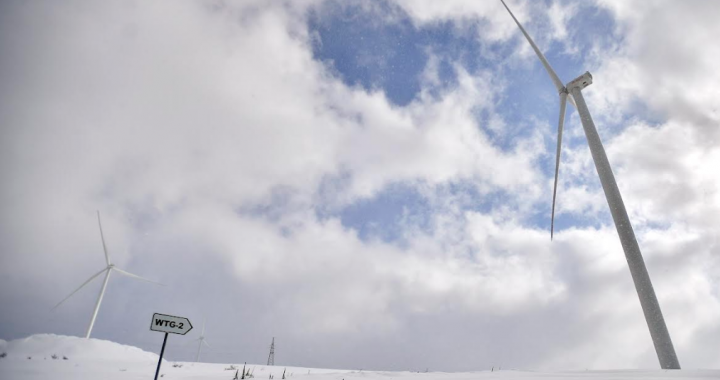 In the villages of Selac and Bajgora, in the Municipality of Mitrovica, the new “Selac Windpark” was inaugurated on Friday – the first big strategic investment in Kosovo in renewable energy.

The wind energy park was approved Strategic Investor status in February 2018. The investment is a joint project, funded by German, Israeli and Kosovar investors. The project to produce wind power in Bajgora was developed by the Kosovo-German-Israeli company, SoWi Kosovo.

Over 170 million euros have been invested in the project, which was supported by the European Bank for Reconstruction and Development, EBRD.

Prime Minister Albin Kurti, during the inauguration on Friday, said Kosovo was taking the first big step towards a more stable and diverse form of energy production.

“The green agenda is one of our government’s priorities, not only because it includes an important aspect of our EU integration process, but especially because we need to phase out coal, while maintaining our energy independence,” Kurti said.

According to Kurti, the park will cover 10 per cent of Kosovo’s energy needs, reduce CO2 emissions by 247,000 tons, and contribute to the overall energy supply, especially important after a severe energy crisis this winter.

German Foreign Minister Annalena Baerbock, also attending the inauguration, said that it was an important step in Kosovo’s transition to green energy.

“Many companies from Germany have worked on this project. The project also includes state investments that have recently recognized Kosovo and what Israel has done recently. Wind [power] is evidence of the development of economic achievement,” she said.

With 27 turbines, manufactured in Germany, the wind farm will generate a total capacity of 105 MW per hour.

Minister of Economy Artane Rizvanolli wrote on Facebook on Friday that in addition to turbines, the project includes the construction of a substation in Bajgora, a transmission network 19.4 kilometers long, an updated substation in Vushtrri, as well as investments in public infrastructure.

By avoiding the emission of 247,000 tonnes of carbon dioxide each year, the project will make a significant contribution to mitigating climate change.

In total, there are three separate units, Selaci 1, Selaci 2 and Selaci 3, each generating 35 megawatts of installed power per hour.

Some 95 per cent of the energy currently used in Kosovo comes from burning coal, which is a major factor in air pollution.

In addition to centrally generated electricity from the Kosova A and Kosova B power plants in Obiliq, coal is the main source of energy used in private homes.

Kosovo faced a severe energy crisis this winter, which was followed by many power cuts.