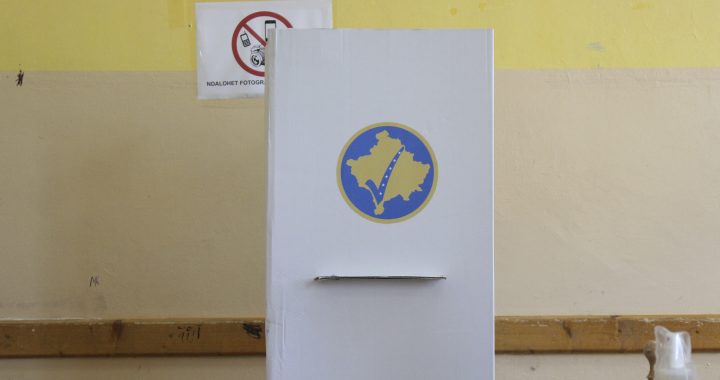 KALLXO.com revealed that the PDK-AAK-NISMA coalition is planning to conceal party-affiliated observers through a NGO.

The coalition between the Democratic Party of Kosovo, the Alliance for the Future of Kosovo, AAK, and the Initiative for Kosovo, NISMA, were planning to infiltrate polling stations with politically-affiliated observers registered as members of civil society, KALLXO.com revealed.

Municipal assembly members from PDK and AAK were included on an observer list accredited by the Central Election Committee, CEC, as part of the Regional Institute for Democracy, Human Rights and Political Studies.

Out of 8,800 accredited observers from all local NGOs, over half–4,548 observers–are from this NGO.

All parties running in the election have the right to have a single observer in the polling station. This would limit the pre-electoral coalitions such as PAN, which is a coalition of fourteen parties.

KALLXO.com discovered that observers from AAK in the Prizren region are working under this NGO, and PDK members from Gjakova have also received accreditation from this NGO.

PDK Municipal Assembly Member from Gjakova Artan Nimani, who is listed as an accredited observer from this NGO, says that he was accredited from the party but did not sign the CEC request for accreditation himself.

“I will receive the accreditation [badge] when I go to the party. I have not sign the request, maybe the party did something,” he said.

Another PDK municipal assembly member from Gjakova, Arben Rogova, says that he was accredited from the party and that he received accreditation from the PDK branch in Gjakova. He is also registered as part of the NGo.

AAK’s Fatmir Kastrati, municipal assembly member in Prizren, says that all observers from his party in this municipality are registered under the name of this organization.

“The acronym of all observers from AAK that we have here in Prizren is the same. The acronym is IRDDNJSP,” he said.

AAK officials did not respond to KALLXO.com’s request for comment. Valon Tolaj, a secretary of the AAK, did not comment and asked for the questions to be sent by e-mail. At the time of publishing he has not responded.

Uran Ismaili from PDK did not want to comment on this issue.

The State Prosecutor coordinator for elections, Laura Pula, confirmed that information on parties engaging observers through NGOs is being collected.

“We have information from the Kosovo Police from the morning today after receiving information yesterday and are verifying this data,” Pula said.