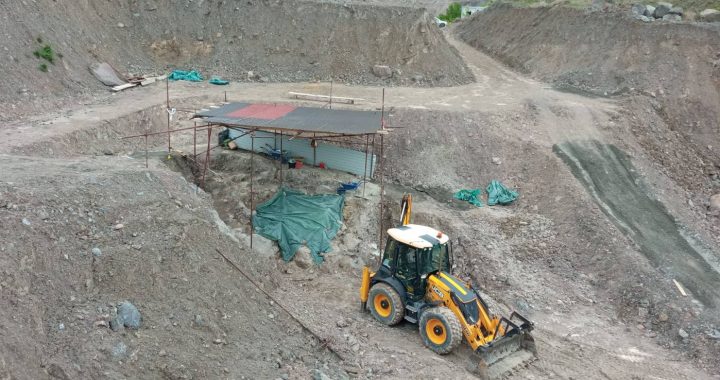 The exhumation process at a mass war grave in southern Serbia has been completed with the remains of at least nine individuals recovered, including two identified as victims of the Rezalle massacre in 1999.

The Kosovo Government has announced that the exhumation process at a mass war grave discovered in the Kizevak mine in southern Serbia, has been concluded. Excavation and exhumation at the site, suspected to contain the remains of victims of the Kosovo war, began on November 30, 2020, before being suspended on December 9 due to bad weather.

The process resumed on May 5, 2021, when, according to the Kosovo Government, a full assessment of the location was made, ensuring that any human remains present at the site were exhumed.

The government’s press release adds that “based on anthropological examinations, it was found that the minimum number of exhumed individuals is nine.”

The International Commissions for Missing Persons, who worked on the exhumation site alongside Kosovo forensic officials and experts from EULEX, told BIRN in April that the identities of two people whose remains were discovered at Kizhevak had been confirmed.

Director of the Kosovo Institute of Forensic Medicine Arsim Gerxhaliu confirmed to Prishtina Insight on Wednesday that they are both victims of the Rezalle massacre, in which at least 80 civilians were killed.

According to a Human Rights Watch report from 2001, Kosovo Liberation Army fighters reported that bodies from the Rezalle massacre left in shallow graves were later dug up with bulldozers and replaced with the carcasses of dead cows

Speaking at a press conference held in Kizevak on Tuesday, Ibrahim Makolli, Chairman of the Working Group of the Kosovo Delegation for Missing Persons stressed the need to continue to search for the 1,600 persons still missing from the Kosovo war.

“There are a number of suspected locations in Serbia that we believe will be addressed in the coming months and weeks,” Makolli said. “According to Serbian officials, there are suspicions of 16 mass graves. This is the fifth location. We demand answers for 11 other locations where there may be bodies of those killed.”

Over 900 bodies have been found in five mass grave sites in Serbia since the end of the Kosovo war 22 years ago. The site at Kizevak is not far away from the Rudnica mine, where a mass grave was found in 2013 containing the remains of 52 people, all Kosovo Albanians.

In 2014, the International Criminal Tribunal for the Former Yugoslavia in The Hague sentenced former senior Serbian police official Vlastimir Djordjevic to 18 years in prison in part for his role in concealing the bodies of ethnic Albanians killed in Kosovo. However, no Serbian court has ever convicted anyone of involvement in the cover-up.