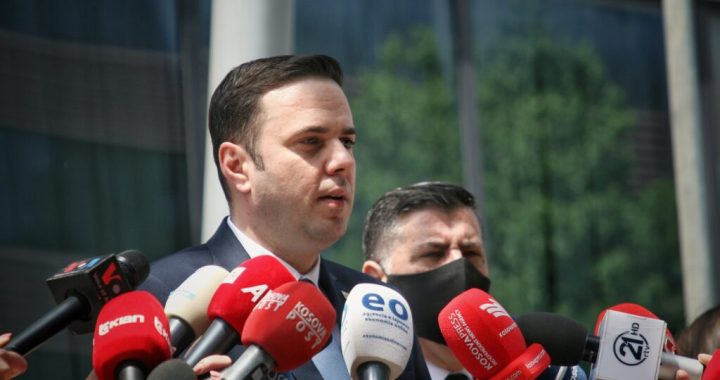 Opposition call for US involvement in the dialogue

LDK leader Lumir Abdixhiku and AAK leader Ramush Haradinaj have both backed strong US involvement in the EU-mediated dialogue with Serbia following meetings with Prime Minister Albin Kurti this week.

LDK leader Lumir Abdixhiku told the media on Wednesday that the dialogue between Kosovo and Serbia should not take place without US involvement, following a meeting with Prime Minister Albin Kurti.

Abdixhiku’s comments followed a similar statement from AAK leader Ramush Haradinaj, who met Kurti on Tuesday. Haradinaj requested that a US representative be present in the talks, which are mediated by the EU and expected to resume in June.

Former prime minister Haradinaj stated that the lack of a clear US presence in the dialogue was “not a good situation for Kosovo” as it “upset the balance of interests.” The AAK leader added that it would be very useful for US President Joe Biden to nominate a representative for the dialogue.

Abidxhiku meanwhile stated that he had submitted a document to Kurti outlining LDK’s view on the position Kosovo should maintain in the dialogue. He highlighted three key principles: Discussions held on the basis of the 2010 ICJ decision on Kosovo’s independence, territorial integrity and the constitutional order.

“As long as the Prime Minister has this document he can use it as his platform,” Abdixhiku said. “As long as he operates under it, the LDK is fine.”

Last week, Kurti also extended an invitation to PDK leader Enver Hoxhaj, who rejected the offer. Hoxhaj stated on Tuesday that the prime minister should publish a written platform on the dialogue with clear principles, goals and deadlines, before a meeting could take place.

Publicist Veton Surroi also revealed on Tuesday that he will be part of an advisory team established by the government to assist the negotiation team in the dialogue.

Speaking to Klan Kosova, Surroi stated that any final agreement reached in the dialogue must lead to a “full normalisation of relations between Kosovo and Serbia” and “open the door to NATO and EU integration.”